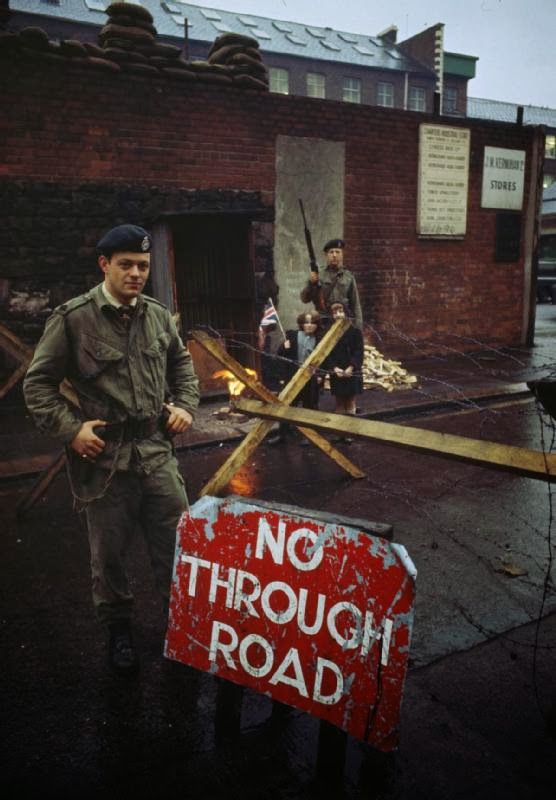 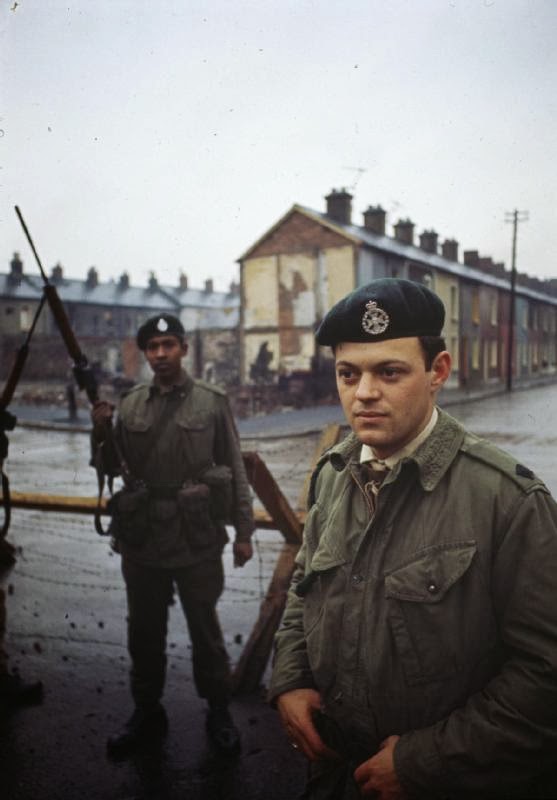 Fascinating mainly for the overwhelming depiction of entropy - there's nothing in these pictures that doesn't seem to be falling apart. Even the soldiers look shabby, the officer in the foreground in some kind of trance.
How strange, the 20th Century.
Posted by Phil Knight at 16:16

not just the entropy but the anonymity, the generic terraces, bricks and tarmac of any industrial town in the country

You can almost smell the leaded petrol fumes in the thick, moist air, can't you?

They could be on the set of any number of episodes of Dr Who from the 70's.

Show this photo to a British audience c.1900 and they wouldn't be psycho-analyzing the faces.

They'd be wondering why the British soldiers weren't disarming the Black fella from the colonies.

The army needs be deployed to keep the peace (officially at least, cough) between closely related peoples native to the British Isles; almost identical racially and culturally, but whose small differences have proven too explosive for peaceful cohabitation.

Among the 'peacekeepers'? A member of a millions strong colony of African and Asian settlers whose differences between one another and against us dwarf the Prod/Popish division in Ulster.

Strange century indeed. Not that you guys actually noticed what really was strange about it.