Package Tours In The Sun 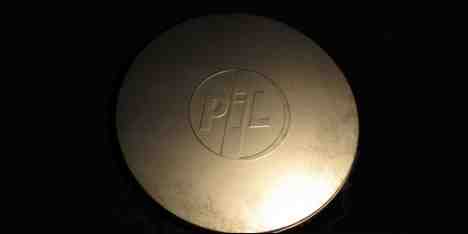 Public Image Ltd.'s seminal 1979 album Metal Box is a landmark record for all kinds of reasons. Obviously there’s the music itself. It puts the disco into discontent. Like anything described as “ahead of its time” it is, in truth, a direct influence for later artists. It’s the source of a throb and pulse which goes through a surprising amount of music which follows it. (For instance, listen to the tune Death Disco with bands such as LCD Soundsystem in mind, or for that matter certain other bands on DFA Records.) I’d hesitate to call it “experimental”, as that might put you off. Let’s just say that, unlike most things which carry that word, it’s in no way an artistic dead-end.

Metal Box dates from a time when ALL recorded music had tangible packaging. And wow, what packaging. Even though these were the days when physical media had a hope of being sustainable, this was a brave move. Virgin Records (at that time a maverick independent label) released it in the UK as three separate vinyl records in a metal film canister, hence the title. The whole thing has a heightened sound quality. Six sides in total playing at 45rpm certainly did justice to Jah Wobble’s cavernous basslines, as well as each scraping guitar sound and every shriek and wail from Lydon.

Once you managed to prise the thing open, that is. Metal Box, in its original form, celebrates the awkwardness and clumsiness of the vinyl format. You can’t listen to it on your morning jog, nor your daily commute on the train. Listening to it is a fully engaged activity. You can’t even do things around the house because the need to flip it over or change the record will keep interrupting you. Although not too difficult to track down, it’s a cherished item for record collectors. (Overheard: “I just scored an original Metal Box on eBay!”, “Cool. How oxidised is yours?”)

Since the original, there have been several ways to listen to Metal Box. For the USA version, the track list was rearranged and remastered it on to just two records in a cardboard sleeve. This made it look like any other album. Sound quality also suffered. Then in the compact disc era, we were treated to a single CD housed in a little version of the metal box. Cute. But that’s not really a word you use when discussing anything associated with John Lydon.

At some point in recent years it made an appearance on iTunes. (And DRM was probably not the kind of contempt-for-audience the band originally had in mind.) Now we can dip into it on Spotify, the licensed free music streaming service, adverts and all. Often the music formats debate can come down to which is the more convenient. CD or vinyl? Or digital files? No question, digital is ALWAYS more convenient. But so is looking at the Wikipedia page for any given work of art, when compared to actually visiting a gallery. The original version of Metal Box is a perfect marriage of content and packaging. And who said content and packaging were even separate things?

The old butter salesman's career is great proof of Gurdjieff's aphorism that "nobody does anything, everything happens to them".

The less control he had over events the more "important" he was, and when he eventually acquired some real assertiveness, everybody had already lost interest.

Full respect to anyone capable of listening to "Metal Box" all the way through, though.

Metal Box is a classic! Much better than Never Mind The Bollocks.

I don't think I've bothered to prize the vinyl out of my heavily oxidised tin for at least five years now. Nice work from Levene and the drummer(s), but Wobble's bass sends me to sleep.

I'm starting to think nowadays that what makes records compelling is the bewildered/bewildering subjectiveness of people who don't know what they're doing. As soon as they (get a) grip (on themselves) that's when the records start to become dull.

I'm sure Lydon probably thinks his last record was his best, because it's the one that makes most sense to him. I've been reading a bit about early punk recently, and for all the surviving punks going on about how they seized a moment to transform their lives, it's pretty clear that at the time they didn't have a clue what they were doing. Lots of nasty/sneaky hyper-competition between them too.

I've listened to it all the way through any number of times, perhaps moreso than any other PiL album. Was always one of my favorites of that era.

As a friend of mine pointed out years ago, Lydon changes his vocal style for nearly every tune. It's probably that variance that makes the full slog more listenable. (It's also the point where Lydon left Laurence Olivier behind and started more fully channeling Yoko Ono.)

And as far as the "don't know what they're doing" theory goes -- agreed. Didn't Lydon himself once claim, "Everything is just some kind of vaguely organized chaos"?

{ I'd also add that the album's better played on a turntable that has pitch control capabilities. Sometimes nudging the tempo up or down on certain tracks yields intriguing results. }

Yes, I'm starting to be convinced now that determinism is the original human sin. If only Trotsky had re-written "The Lessons Of October" as "How The Fuck Did We Pull That One Off?", we'd all have had a much better insight as to how history really happens.