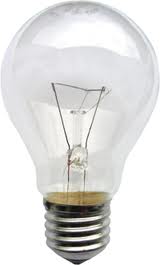 I remember his answer clearly as just after he’d finished telling me we had an accident.

We were driving out of Barrow-in-Furness and into the Lake District at the time, along what’s known as the Coast Road. This must have been in August because it was a beautiful day and because the shipyard had a fixed holiday in August every year known as “Vickers' Fortnight”, two weeks when the Yard closed down. The car we were in was rented, we never owned one, my parents perceiving them as a waste of money. Why would anyone really need a car in a town the size of Barrow-in-Furness?

I don’t know why I chose this particular moment to ask, certainly I had lots of questions about the future I was growing up into and, even as a child, a sort of melancholy that there were all kinds of things I wouldn’t live long enough to see, life on other planets, immortality, robots, space travel. Though now, as an adult, it feels as though these things are really possible within my lifetime. On reflection, this confluence, my father’s optimistic description of the future everyone believed to be over the horizon, our little working class family in its rented car going off on a day trip and the car that came swinging round the far bend, windshield glittering in the mid-day sun, and onto our side of the road seems too perfect to have been real. Nonetheless, it happened.

The future, my dad explained to me, would be The Leisure Society. We currently lived in what was called The Affluent Society and this would be the next stage in the forward progress of mankind. As technology and automation reduced the need for people to work and as things became more efficient and durable, so we would shift to being primarily consumers of goods and services: we would work less because we would have fewer needs in some ways. His example was the light bulb. In the future you would have light-bulbs that lasted indefinitely, meaning that you would buy one in a lifetime and that built-in-disposability would become a thing of the past. Freed from onerous work we would concentrate on the higher things, no doubt, poetry, love, the cultivation of interpersonal relationships and so on. You may well say, on reflection, that my father was naive, but this was a broadly held notion at the time, that technology was liberating and fundamentally, would liberate us from work. The machines would suffer for us, they would produce vastly more than we could manage to and we would live on the fruit of their labour.

I was thrilled to hear this of course, as a seven year old who had been past the Shipyard that seemed to be most people in the town’s destiny numerous times and seen the men coming in and out, heard the whistle in the morning that meant that work had started, the whistles at dinner time and at the end of the day, who lived and went to school near the vast, noisy sheds that dominated the road into the town. My dad didn’t like work, no-one liked it as far as I could tell and to be told that it might slowly evaporate as I grew toward it, minimising and reducing year on year until I was free of it all together lifted a lid off the future. The sun was streaming in through the car windows, the sky was vast and turquoise blue, we were on holiday and I was sitting on the edge of the back seat, straight-backed, bolt upright with attention. My dad was perhaps as caught up in this vision of what was to come as I was and this is why, perhaps, he didn’t see the oncoming car until it was almost too late.

Suddenly we were swerving wildly to the left as the other vehicle cut across the white line and into a potential head-on collision, the hedgerow came whipping in through the open window, the tyres bumping and rattling, there was a tremendous thud as the other car went into the left side of us, sent the moulded plastic ashtray that they used to fix into car doors in the Seventies leaping across the backseat and into my lap.

The other car pulled back to the right and then accelerated away. My dad made a U-turn after a few moments of recovering from the impact and checking we were all OK, then, much to my  excitement, set off in pursuit. but the car eventually disappeared among the back roads and in the end, after protests from my mum, he gave up.

What happened on the rest of the day I can’t remember, probably we drove out somewhere in the Lakes and had a picnic, I swam, or threw a Frisbee around with my sister, or read a comic in the sun.


But despite the unprecedented shock of the accident and the drama of the chase, still, it wasn’t quite enough to wipe away that image of the future my father gave me.
Posted by carl at 09:33

The reasons we don't live in something more resembling a
"leisure society" are political rather than tecnological. The rentier class keeps it that way, it's a lot easier for them to make money from ephemeral industries like finance and marketing than actually producing things that people might need.

I'm not sure if I like the idea of of a leisure society, anyway. It'd be much better if we were all working towards solving problems like poverty and disease rather than simply living a life of self-indulgence, people need goals and purpose, I think. Although it would be preferable to simply working for the benefit of the 1% as we are at the moment.

The real game changers will be actual conscious artificial intelligence and nanotechnolgy. I hope I get to see these things in my lifetime (I'm 30 now, so maybe).

I suppose this ties in with your blogpost about being "an engaged part of a rationally organized, coherent movement..." I like the sound of that.

And, as an aside, it's telling how different my own father's view of the future was in the early 90s: "You better make the most of your education, things are just gonna get tougher and tougher, more and more squeezed, your average punter doesn't stand a chance." He wasn't far wrong.

"The rentier class keeps it that way, it's a lot easier for them to make money from ephemeral industries like finance and marketing than actually producing things that people might need."

That's because there's no more money to be made from making things that people need. Please read:

"Although it would be preferable to simply working for the benefit of the 1% as we are at the moment."

As far as the Chinese bloke who assembled the device you typed this on is concerned, YOU are a member of the 1%.

"As far as the Chinese bloke who assembled the device you typed this on is concerned, YOU are a member of the 1%."

We're both working for the 1%, though of course, in the West we have an easier time of it.

"That's because there's no more money to be made from making things that people need."

Like the article says, because of the way the world financial system is set up, not because of lack of demand. I guess the millions of people starving to death and dying of curable diseases don't really need food and medicine because their governments are in debt. Sorry, guys!

No, when the geezer at Foxconn or wherever is making that electronic geegaw for you, he really is making it for you, and not Bob Diamond.

What that article is saying is that the capital and resources needed for an industrial economy depend on a reliable return on that capital in order for that system to function. As that return (which is essentially an arbitrage of fossil fuel energy against human labour) becomes untenable (for largely ecological reasons) the financial system has basically invented that return in order to keep the system working.

i.e. the financial system has grown to cover up the increasing obsolescence of industrialism by borrowing against notional future production that isn't going to happen.

Now we could make drugs and food for the rest of humanity, but that would require ourselves in the West to make a huge sacrifice (*taboo word*) in lowering our living standards, and making these things for a (paper) loss, as well as consuming a lot less ourselves.

What we prefer to do of course, even those people on the far, far Left, is kid ourselves that these problems can be overcome without any sacrifice (*taboo word*) on our own part, as long as the evil 1% are overthrown and the wheels of progress allowed to roll again on their rightful onward trajectory.

Now, though I agree that Bob Diamond, Jaime Dimon, Lloyd Blankfein etc. are undoubtedly shits, I think the problems go so much deeper than their manic accumulation of paper notional wealth (that doesn't exist anyway).

"No, when the geezer at Foxconn or wherever is making that electronic geegaw for you, he really is making it for you, and not Bob Diamond."

Well, I'll have to send my thanks to Bob Diamond as soon as he pays me back the cash I paid for it out of my own labour. What a delightful turn of events.

"Now we could make drugs and food for the rest of humanity, but that would require ourselves in the West to make a huge sacrifice (*taboo word*) in lowering our living standards, and making these things for a (paper) loss, as well as consuming a lot less ourselves."

Military cuts would pay for these things just fine. And I think the vast majority of even the centre left realises that sacrifices are going to have to be made in terms of resource consumption.

There are alternatives to fossil fuels, and let's not "kid ourselves" that either of us know for certain whether these will be sufficient for the requirements of humanity before fossil fuels run out, or indeed, climate change sees us all off.

This is all getting a little confusing

"This is all getting a little confusing"

"There are alternatives to fossil fuels"

That's the first thing everybody is going to have to learn.

You either learn it voluntarily, or you learn it by default.

I advise that you do it voluntarily now - painful though it is, it'll be better for you over the long term.

That's just as myopic and naive as saying "Yes there definitely will be". I get the feeling that this whole peak oil thing is a matter of "belief as attire" for you. It's a stick to beat people with and make yourself feel superior. Sorry to get personal, but there it is.

Have a nice Chrimbo anyway, fellas.

And technological "progress" is not a matter of belief as attire?