‘Straight Time’ is a 1978 film directed by Ulu Grosbard which contains one of Dustin Hoffman’s finest and most uncompromising performances. 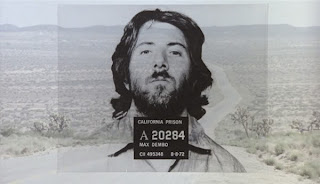 Hoffman is Max Dembo, a career criminal who has spent his life in and out of prison. After completing his latest sentence he briefly attempts to go straight, finding work in a can factory and a respectable new girlfriend, Jenny (a young Theresa Russell) but he is almost immediately compromised by an old friend and finds himself back inside on a trumped up parole violation. To his obvious disappointment, he is re-released after only a few days. Max is picked up by his obnoxious and draconian parole officer (M. Emmet Walsh, in an infinitely punchable role). On impulse, Max beats him up and leaves him semi-naked and handcuffed on the central reservation, then steals his car and goes back to his default position: crime. 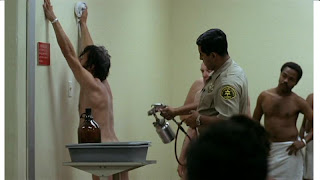 Dembo is no master criminal, however, he’s a stick up artist, a ruthless and violent man who forcibly takes what he needs to stay alive, driven by expediency and the need to lash out at those who oppose him. His crimes are impulsive, reckless and improvised. He motivates himself by drawing on his rage at the injustice of his situation: his lowly place in the world outside of prison and his persecution by society, by his parole officer, by the manager of an upmarket jewellery store who treats him with condescension and suspicion as he’s out shopping with Jenny. As a sociopath, of course, he has no interest in how his own behaviour contributes to this (he is casing the joint, after all), not even as he robs the jewellery store and threatens the manager as a punishment for treating him like a criminal.

The jewellery store robbery and its aftermath is probably the key sequence in the film. This is no finely worked plan, no detailed, clock mechanism ‘Rififi’ type plot, it’s a haphazard smash and grab, a violent assault cooked up in a few hours over some beers with his accomplices Willy & Jerry (Gary Busey and Harry Dean Stanton). The raid goes wrong, of course, but not through lack of planning. Max, inexplicably, but quite deliberately, lingers too long at the scene, smashing case after case of jewellery when he and Jerry should be making their escape. As a result, spooked by the sound of sirens, getaway driver Willy panics and leaves the scene, leaving his accomplices to their fate. 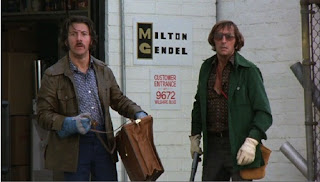 A basic reading might be that Max simply gets greedy, or that his rage makes him careless. It could, of course, be suggested that Max wishes to get caught, or killed in the pursuit of the robbery: to reach the only destinations available to him (jail or death) immediately, to get somebody else to put an end to it once and for all. Within a few moments, however, his feral survival instinct kicks in and Max is running for his life, and it’s Jerry who pays the price for his friend’s death wish, dying ignobly in someone’s back yard.
Having only just escaped with his life and the loot, Max makes plans to leave town with Jenny, stopping only to kill Willy for his betrayal. Shortly afterwards, Max stops for fuel and, with a brief explanation ( "Why can't I go with you?" - "Because I'm gonna get caught"), leaves Jenny at the gas station and continues on his own, an act that could be interpreted as a gesture of noble self-sacrifice, but, more in keeping with his ruthless nature, also makes Max’s life as a fugitive infinitely simpler. 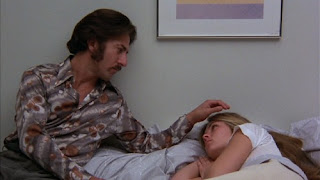 Early in the story, Max meets up with Jerry for the first time after his long jail term. Whilst Max was inside, Jerry has married and set up his own business and is living the straight life in a nice house in the suburbs. Once his wife is out of earshot, Jerry says something like ‘you’ve got to get me out of here, man, it’s driving me nuts!’. Just like Max, even when Jerry is given a choice he can’t help himself: it’s all he knows.
The last things we see are a series of mug shots, retrospectively plotting Max’s criminal career back to his first arrest at the age of 12. It’s an unsettling, infinitely downbeat finale that reiterates that Max’s ultimate fate is preordained by his character flaws and the drastically limited choices he has as a result: a ‘straight’ life will always be beyond his grasp. 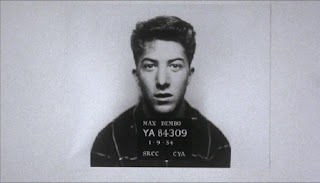 Hoffman, at the spiky, perfectionist height of his 70’s superstardom, is excellent, retaining his usual gentle, awkward likeability on the surface but giving his character a hard, sharp, dark centre. Ostensibly passive, this is a man who is at his most dangerous when threatened, and who excels at backing himself into corners.

A sombre but fascinating film, ‘Straight Time’ was not a success on release, and a dispute between Hoffman and the studio led to it being withdrawn for several years. Unhappily, it is still not available to buy on DVD in the although, if you wish to emulate the outlaw spirit of Max Dembo, it can apparently be downloaded illegally at the sort of places that specialise in this type of crime.


Unmann-Wittering.
Posted by Found Objects at 14:06

That is a good one. Finally saw it a few years ago. A very good and unusually gritty performance on Hoffman's part.

Eloquent stuff - I will definitely be checking this out.