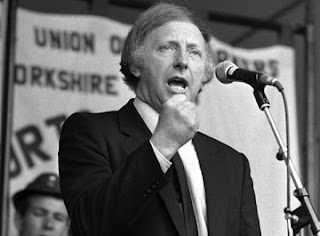 "One of the few genuinely funny bits of research in recent years was Liam Hudson’s correlation of the social origin of British doctors with the parts of the body on which they later specialised. What he discovered was a statistically valid correlation between social background and U and non-U specialisms. Those from English public schools showed a significant tendency to specialise in work on the head as opposed to the body below the waist, the surface of the body as opposed to its innards, the living body as opposed to the dead body and the male body as opposed to the female body. This fact bore little relation to professional status - it goes deeper than that; into subconscious perceptions of cleanliness and dirtiness. (Clearly, the boardroom is the head and the factory the bowels of British industry.) Of course all doctors belong on the clean side vis-a-vis industry, but some are cleaner than others; they have their own aristocracy."

Alistair Mant "The Rise And Fall Of The British Manager"

Alistair Mant was an Australian social scientist who by 1977 had spent his career studying the role of management in British industry. His experiences led him to publish "The Rise And Fall Of The British Manager", nominally an excoriating attack on British management theory and practice, but also an extremely perceptive and funny dissection of the British national psyche.

By the 1970’s, Britain had, depending upon how you measured it, experienced well over a century of gentle but significant industrial decline, but it was in this new decade that this decline appeared to take on a critical mass and vertiginously accelerate. Its industries succumbed to a number of crises arising from internal labour disputes, external competition, supply shocks and product quality issues. Mant was convinced that all these issues were somehow related, and that the problem went deeper than simply how British business went about its business.

Mant identified the kernel of the problems in two key psychological patterns. Firstly, Britain had become a nation that was hooked on dependency. Like the stereotypical welfare-dependent family, it depended on "benevolent" others (the USA, the international money markets) and projected its fights inward, in industrial strife. In comparison, nations such as Germany and Japan behaved like the stereotypical middle-class family, with tightly established internal dependencies (Daddy as breadwinner) and projected their fights outward (in all-conquering export drives). Secondly, there was the national habit that he christened British Binary Thought - the tendency of the British to divide the world into clean/dirty dualisms, between the "clean" professions and "dirty" industry, between "clean" white collar work and "dirty" blue collar work, between "pure" science and "applied" science. Even the country itself could be divided between the "dirty" north where industry was located and the "clean" south, where its profits were spent.

There is nowadays a conceit, propounded mainly by the Left, that Britain was a country whose basic values were inherently opposed to Neoliberalism; that the Neoliberals only succeeded through an almost Trotskyite strategy of manipulation and entryism. Reading Mant’s observations from the Seventies themselves, this can be shown to be not the case - it is only too clear that the British couldn’t wait to rid themselves of their dirty, polluting industries, with their albatross-like histories of failure. If anything the Neoliberals were knocking on an open door, their Machiavellian exploits only delaying their ascendancy. Neoliberalism can ultimately be seen not to be an injection of hard-nosed business pragmatism, but as a flight from reality. Buoyed up with the new North Sea oil revenues, and with casino finance waiting eagerly in the wings, Neoliberalism offered the British what they had always secretly yearned for - a way of earning a living without having to make anything; that is without having to actually do any proper work. As Mant puts it:

"The British, with a genius for advertising, take marketing to mean the creation of favourable impressions about probably indifferent artefacts. To a Swede, for example, marketing is more like telling it like it is (and attending meticulously to every little detail till the customer has it working). Telling it like it is works so long as the end product can be relied upon to sell itself in the end. With such marketing skills, marginal improvement in British design and production would work wonders. Why has production slipped so in Britain? I can think of no explanation so convincing as that production is associated, in the national subconscious, with factories, and factories with satanism."

There was only one significant individual in British public life who was to offer any serious resistance to Neoliberalism, and that was the leader of the National Union of Mineworkers, Arthur Scargill. The Miners' Strike is generally considered to be a class conflict in which the forces of Thatcherism deliberately sought to break the back of organised labour. However deeper reflection gives pause to reconsider, as a simple class-based narrative doesn’t explain the sheer irrationality of the dispute. For a start, Thatcher wasn’t simply trying to destroy the NUM - she was trying to destroy the mining industry itself, regardless of its union representation. This is why the Miners’ Strike is so baffling to foreign observers - where else in Europe has a government deliberately set out to prematurely destroy the main source of the nation’s wealth? Has this ever happened on any other occasion in the entirety of history? Also, if this was primarily a class struggle, why was the rest of the Labour movement so lukewarm, indeed occasionally hostile, to the miners’ cause? Significant also was the fact that the useful idiots of the breakaway Union of Democratic Mineworkers saw their pits eviscerated just as comprehensively as those of the NUM.

It is difficult to resist the observation that mining is probably the dirtiest industry of them all, with its blackened men descending to the bowels of the earth, its long history of exploitation and disasters, its daunting winding wheels, and its blasted landscapes peppered with slag heaps. It is also difficult to resist speculating that the destruction of the mining industry was ultimately, at the subconscious level, an exercise in socio-cultural hygiene, enacted by the Right, but passively abetted by the broad Left. It is worth noting that a few short years later, the Cornish tin miners, no political threat to anybody, also saw their industry wiped off the map. Scargill had been shrewd enough to realise that it was the entire mining industry that was meant to be destroyed, rather than just his union. What he didn’t realise was that he wasn’t just fighting Thatcher - he was also fighting the ghost of William Blake.

The idea that Britain could replace productive industry with the reckless exploitation of North Sea oil, and the even more reckless financial "innovations" that the Big Bang opened up for the City of London, survived the Thatcher years and entered the political philosophy of New Labour. Prior to the 1997 election victory that put Labour into office, Gordon Brown had toyed with the idea of a German-style industrial bank that would lend investment money to British firms at low rates of interest. Like all his good intentions, this idea drifted into the ether, and the New Labour era was marked by an almost total absence of any kind of industrial policy - the huge pools of unemployment left by the Tories were instead hoovered up into an expanded public sector. Note again, that these were on the whole "clean" jobs. New Labour also strengthened the dependency culture with their prolific use of management consultants, the classic "absent fathers" who removed from managers the need to make painful, dirty decisions themselves.

The extended fantasy of Neoliberalism has only recently hit the rocks, and the full reckoning has yet to manifest itself. Nevertheless, the deep delusions inherent in British political discourse continue to manifest themselves in true Binary Thinking style, with the Left/Right debates about whether the City of London or the Public Sector shoulder the burden of the costs, as though they are two scales on a balance. Both in reality are dependent for their existence on the income from manufacturing production, and yet the main political parties offer only the vaguest bromides with regard to a new emphasis on manufacturing. The continuing refusal to be serious, even at this late hour, will have further deeply painful ramifications. The consequences for both the City and the State sector are likely to be catastrophic.
Posted by Phil Knight at 18:04

This was a fascinating read. Thanks. From the other side of the Atlantic, one doesn't hear much on this topic in general, let alone hear it discussed from this perspective. Of course, union-busting played out differently in the U.S. during the years in question -- but was very effective, nonetheless.