Quatermass Vs. The Me Generation 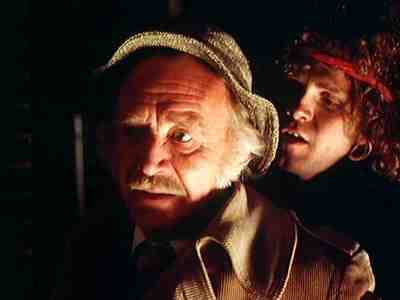 The last - and least celebrated - of Nigel Kneale's Quatermass serials gains resonance in terms of the surrounding decades. Already heralding the tyranny of reality TV with 1968's Year of The Sex Olympics, in 1979 Kneale concluded Quatermass (A.K.A. Quatermass Conclusion) to low viewing figures and a tepid critical response. Even after Kubrick, Spielberg and Star Wars, it refused to pander to sci-fi's young audience. It was received as the dour grumble of an angry old man, perplexed by the aftermath of the 60s, with a foreboding glance at the ascending Thatcher revolution. Not only was Kneale unhappy with the state of British society, he also publicly expressed disappointment with the production itself, not least its casting.  Highly personal but deeply flawed, this dimly remembered serial is difficult to find on DVD even now.

As with every Quatermass serial, a mysterious alien menace threatens human life. Yet here the herd-like cult of the Planet People welcomes its mind-altering influence, congregating at various neolithic sites in anticipation of transportation to another world. They are actually 'harvested' (vapourised) in such numbers that their gaseous remains turn the sky green. Terroristic street gangs and accelerating social decay conspire to frustrate Quatermass' search for his granddaughter, whose membership of the cult contributes to his heart attack. Only the skepticism, values and expertise of older characters provides a frail path to sanity. The young remain in thrall to trend-following, malign influence, and the nihilism of easy answers. Their natural vitality (protein) is the substance valued by the aliens; whose targeting of youth with visual spectacle and mass persuasion is redolent of the aggressive but 'concealed' methods of advertising; not least in reshaping social relations.

Quatermass is also prescient on the darker urges that would spring from the Age of Aquarius. The Planet People, hippies in the final production, were at one point intended to be punks. To an an ageing iconoclast like Kneale, the youthful rush towards the 'new' was but another aspect of a declining west; in thrall to consumerism, individualist lifestyle politics and social breakdown. The uglier aspects of youth were an ongoing concern for Kneale. In 1965 he wrote the censored, unproduced screenplay The Big, Big Giggle, about a teenage suicide cult; and Biff! Pow! Zap! (1969), which dealt with that most ancient of grumbles: juvenile deliquency. In the 70s, apocalypse tended towards the youthful, or at least fetishised the virility of its struggles. Quatermass views collapse from a rare elderly perspective.

Like an inconvenient grandparent, this once-popular character was relocated, operated on (re-edited or shortened for foreign markets and repeats), and subject to disputes beyond his control. Ahead of imminent privatisations, the BBC (who found it too gloomy) passed its ailing Cold War icon to Thames TV, who boosted the budget and promoted it as a flagship summer 'event'. However continuity was broken by a three month ITV blackout due to industrial action. Ironic in that Kneale was partly inspired by the winter of discontent. Interrupted broadcast and audience indifference were perversely appropriate to its autumnal despair. Belated conclusion in a colder season only emphasised its most glaring theme: the fragile terrors of ageing, and how the culture of youth grows ever more alien with the passage of time. In Quatermass the elderly are immune to alien manipulation, yet besieged by alienation. 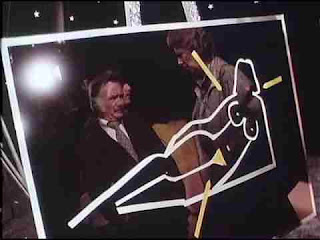 It was repeated on one of those whizzy new modern channels they have now-adays. Given I remembered it well from my youth, and fondly, I was expecting to be dissapointed by it. In fact, I was rather impressed.

It is less depressing, and more action packed than my child self experienced.

I saw that same repeat, anon, but it was the first viewing for me. I never knew it was the "least celebrated" Quatermass when I watched it and liked it a lot. You would have thought all that anti-hippie stuff would be well-received. Before its time, I suppose.

Interesting to compare to a similar dystopian near-future, Children Of Men.

Have you ever read Kneale's novelisation? It's his preferred version [he had to write the mini-series and the feature film version to be shot simultaneously, and also the book adaptation as part of his contract].

It's the most focussed and powerful of the three, and his feelings about youth and age are crystallised in his characterisations of the Planet People, and Quatermass. A lot of interior monologues flesh things out considerably better than the often-overwrought performances on film. However, Kneale was a grumpy bugger, and there's still a sour strain of ageism going on.

As for the filmed versions, I desperately wish - as I do with much Kneale - that someone intelligent would film them again. His writing is so good, and so often ill-served by choppy direction and loud, insensitive performances [even The Stone Tape, his masterpiece, often feels like a shouting match], that I think we need to have another go...

...although that might be inviting a BBC 'Day Of The Triffids 2009'-style travesty, so maybe not.