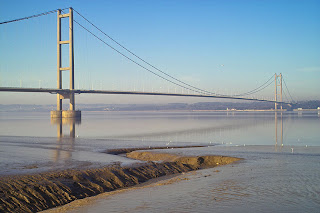 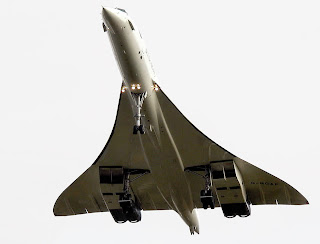 Construction and Engineering projects, originated in the 1960s, The Humber Bridge and Concorde were represented throughout the 70s in National and Local News through a narrative of hitches,
disputes and overspends. They became icons of a misguided conception of the future almost before they were inaugurated.
The world's longest single span bridge and the world's first supersonic airliner. And gorgeous to boot. Says a lot about the British psyche that we're not prouder. [OK Concorde's half French]
Posted by n.mclaughlin357 at 08:50