Unaccustomed as I am to public blogging... 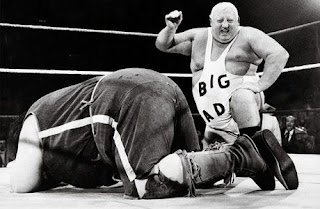 So, having thought long and hard about this, I’ve come to the conclusion that no assessment of the 70s would be complete without significant reference to the sport of the time. So we’ll begin close to home, with this clip [Leeds v St Helens in the 1978 RL Challenge cup final, if you can't be arsed watching it] and the observation that at no point in the 1970s did I attend a live sporting event or travel the 25 miles that separate York [where] I lived to Leeds [which might as well have been Timbuktu for all the connection I felt with it.]
Posted by n.mclaughlin357 at 08:10