Running On The Spot 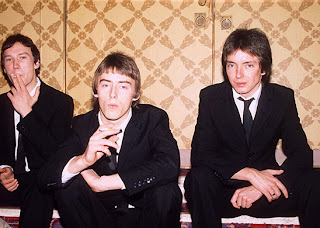 "The art of Thespis developed, as its inmost nature required, as a scene of the morning and of the full sunlight. On the contrary, our Western popular and Passion plays, which originated in the sermon of allocated parts and were first produced by priests in the church, and then laymen in the open square, on the mornings of high festivals, led almost unnoticed to an art of evening and night. Already in Shakespeare’s time performances took place in late afternoon, and by Goethe’s this mystical sense of proper relation between art and light-setting had attained its object. In general, every art and every culture has its significant times of day. The music of the 18th century is a music of the darkness and the inner eye, and the plastic of Athens is an art of the cloudless day. The candle affirms and the sunlight denies space as the opposite of things. At night the universe of space triumphs over matter, at midday the surroundings assert themselves and space is repudiated."

Oswald Spengler, "The Decline Of The West"

For Oswald Spengler, the history of Western art was a constant striving to better represent an infinite sense of space, which for him was the essence of the Western "soul feeling". All the innovations of Western art were in the service of this ideal - the development of perspective on the two-dimensional canvas and the corresponding invention of new shades and textures of paint were mirrored in the perfecting of the acoustics of the concert hall and the ever-expanding range of instruments and tones of the symphony orchestra. Thus the essence of Western drama, of which "Dr. Faustus" and "Macbeth" were the earliest and most perfect representations, was to portray characters for whom time and space, interchangeable constants in Spengler’s schema, were always in mutation, most especially when both were being constricted.

There was never a more Spenglerian group than The Jam, whose music consisted of soul-dramas whose protagonists were forever meeting a receding horizon. Paul Weller instinctively understood that to run out of time is to run out of space, and to run out of space is to run out of time. The Jam’s songs were themselves projected shadows, invariably conveying the opposite of what their titles proclaimed. Therefore, for example, "Going Underground" is about selling out, "Start" is about the end of a relationship, "That’s Entertainment" is about ennui, "The Eton Rifles" is about the collapse of working-class solidarity, and "Absolute Beginners" is a rueful reflection on experience.

The impending sense of foreclosure in Weller’s songs had two sources. The first, difficult to recall nowadays, is the fact that for the pre-Thatcher era working and lower-middle classes, adolescence was the briefest moment of possibility in a life that had already been largely pre-ordained to consist of a steady job and a steady marriage. Pop music, like toys and comics, was something that you were expected to grow out of as you accepted the responsibilities (and limitations) of adulthood, and these responsibilities would closely resemble those of your parents. This sense of adolescence being a fleeting and precarious moment of freedom usually manifested itself in strongly enforced music taboos, concerning both competing contemporary genres and past musics. Although the late-70’s may appear to be a musical cornucopia to present day dilettantes, most of it was off-limits with respect to whichever cultural grouping with whom you'd thrown in your lot.

The second was the sense that the post-war consensus, and its possibilities for working class advancement, was coming to an end. Ironically, the subsequent destruction of the employment base, in conjunction with the new North Sea oil revenues, would result in the remnants of these classes entering a kind of permanent adolescence, with the blue collar working class pushed toward a lumpenised existence of benefits and casualised employment, and the white collar taking refuge in the expanded higher education sector; both groups leading oddly shapeless lives of instant gratification and trivia. It is this disconnection with the world that The Jam inhabited which gives them their curiously dated quality. Looking back from the present, it often seems difficult to understand what Weller was getting so uptight about.

The Jam’s final and finest album, "The Gift" was in many ways the last record of the post war consensus, and an open elegy for it, with Weller’s lyrical concerns reaching their fullest expression with two songs, "Running On The Spot" and "Happy Together".

"Running On The Spot" itself is the final expression of the social disillusion that began with "The Eton Rifles", with any lingering pang of youthful expectation curdling into a realisation that all they represent are "the next generation of emotional cripples". With "Happy Together", you can almost feel the walls closing in. Desperately trying to convince themselves that their only option is the best one, a couple attempt to reassure themselves that at least they have each other. It sounds like bad faith, but still represents an era when people could still look to each other for salvation, rather than be abandoned to the vagaries of "the market".
Posted by Phil Knight at 17:25

I think that is a tremendous piece of analysis - no critic would ever want to touch The Jam or Paul Weller in the mainstream media as that would require a radical re-thinking of popular prejudices, or the opening of a larger socio-political can of worms. People my age and younger, as you so rightly say, have absolutely no idea how radically different youth culture was in the 1970s. A great piece of analysis, and I will be following this site from now on.

Thank you very much.

Excellent piece. It's been ages since I've seen anyone with the imagination to interpret The Jam's work in anyway other than the traditional polarised entenched positions.