Walking off the job

“You can be proud without being independent: you often have to be.”

It is very cold where I am. I want to go back to work where the heating is high and carefree but I cannot do that today so I will close the curtains and write this while waiting.
This is going to be a rank confessional diatribe.

I had a thought about a book I had read a long time ago, I wanted to write about this, but writing wasn't enough, so it became a script and then it became sequential images, sounds and stories, and more writing and then it was just too much and I shelved it for a few weeks, thinking of other things, leaving the house some times.

Walking in the snow, grnush grnush grnshed ground cover and lack, the sky halogen orange all night low and thick and disturbing my sleep. The outhouse is frozen and was leaking when I went out to take a shit this morning. I don't have any ill feeling toward any of these things though, causes and effects all.

It is hackneyed to talk of the alienating qualities of snow which reterritorializes space. Hackneyed too perhaps to contrast these with the hidden feelings of immanence which the cold brings. Awareness of the body and pedestrian existential romanticism. Or romantic existentialism. Regardless of this it raises some interesting thoughts about assimilation and contact, the ability or inability to install distance.

A few days ago I was sitting in a pub listening to William Kherbek trace the history of Nixon ending the Bretton Woods system and out through the window snow just started falling.

"My analysis is concerned with what I want to call ‘epic nihilism’, a conjugation derived from Badiou’s analysis in The Century where he remarks: ‘may your force be nihilistic, but your form epic.’ I think that this conjunction and form is already encoded in the Ur-work of the Spaghetti Western genre: Sergio Corbucci’s Django (1966). After all it begins with the epic dragging of a coffin through the mud, a coffin, as we later find out, that contains the machine gun with which Django [will] exterminate his adversaries. And the film ends in a gunfight in a cemetery in which Django, with smashed hands, painfully and finally manages to shoot his chief tormentors after propping his gun on a grave cross. The film is bathed in mud, the allegory of the practico-inert, as Django becomes mired in the inertia that seems to afflict the supposedly decisive spaghetti western hero."
Benjamin Noys - Spaghetti Communism? The Politics of the Italian Western. 2011.

The cold slows everything down, we know that as folk lore. A few times at school we played rugby in the snow. Coming in one boy couldn't move his fingers to do up his shirt buttons and with the bell ringing and all of us leaving he appealed to the teacher for help who laughed and left also.

Galactic Pot-Healer was published in 1969 but that's really an arbitrary point. Here is that video I talked about.

Posted by Anonymous at 12:47 No comments: 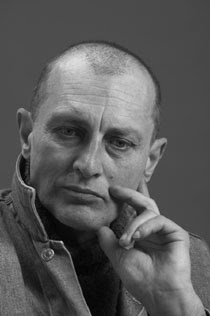