You Can't Stop The Music

I used to love The Village People when I was a kid, but in a way that I suppose is fairly unusual, in that I took them entirely literally. Being only eight or so years old when they first appeared (and perhaps naive even for a kid of that age), I didn't see the gay subtext (or in their case just plain text) at all. Which meant that I viewed them as a peculiarly big-hearted group who liked to write encouraging, optimistic songs about institutions that were normally overlooked by pop (homeless hostels, the U.S. Navy etc.) and to dress up in cool gear for the pleasure of us kids (because who else could they be dressing like that for?)

In fact, I even viewed the dressing up as a sign of their sincerity. When I was in infants school, the last day of term was always looked forward to partly because it was the one day we could dress how we wanted to, and this became a kind of ritual in which every kid would bring an outfit, so the classroom was invariably full of cowboys, spacemen and medieval knights in plastic armour. One of the great suspicions I had about adults was that these were people who could dress how they liked, and yet they all somehow conspired to dress as boringly as possible. And here were the Village People showing that it could be done - all you needed was the chutzpah to get on and do it.

Just think about this for a minute or two. Right now, you could be wearing a silver construction worker's helmet. Why aren't you?
Posted by Phil Knight at 15:48 9 comments:

I've never been much of a fan of Elton John, as I've always regarded him as the Ronnie Corbett of the music industry - no-one's ever really rated him, but there's a kind of forced collective affection towards him nowadays simply because he's an old trooper who's been around for so long. I think this is his one true halcyon record, though. It's a shame that he didn't make the double act with Kiki Dee a permanent arrangement - her voice adds a warm lustre to his rather plywood vocals.

Elton's other problem was of course that he didn't really look like a pop star - he looked more like the kind of bloke you're likely to encounter in a specialist hobby or exotic pet shop. I can easily imagine him informing me how easy a pair of iguanas are to keep, or how the best carbon fibre fishing rods are made in Taiwan. That said, I might just be recapitulating one of his roles in his numerous guest appearance on The Morecombe & Wise show.

A strange character on the whole is Mr. John - quite happy to have himself sent up on comedy programmes, and doing un-pop star things like actually staying in the country and paying his taxes; yet, at the same time, capable of the most ludicrous caprices. Apart from the occasional record like this, though, I think for all his efforts he'll quickly be forgotten. 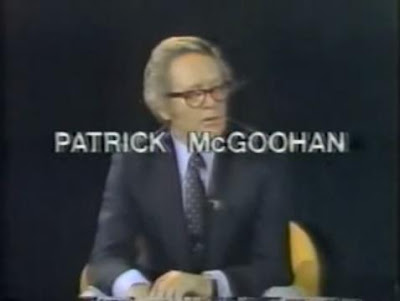 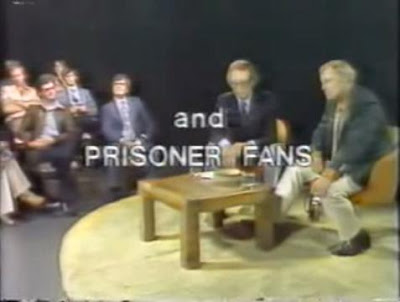 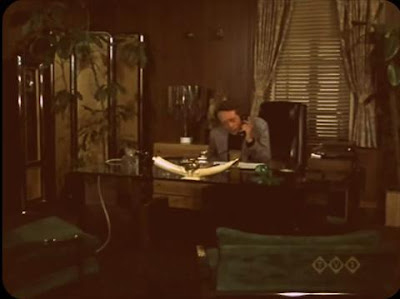 Every episode of The Prisoner began with Number Two obliquely replying to Number Six’s question “Who is Number One?” with the statement “You are Number Six”. Is he/she avoiding the question? Or answering it: “You are, Number Six”. McGoohan himself also knew something that Number Six never found out. In response to Number Two’s deflection/answer, Six defiantly insisted “I am not a number, I am a free man!” The opposite was true. Freedom is a myth.
Posted by Oliver at 17:40 1 comment: