Some of those 'kick-yourself obvious super intros' Phil's on about:

Yeah these yearly blogathons wouldn't be the same without at least one appearance from AC/DC. If you have a peerless, an epochal, a superlative riff, it's always best to give it a little, almost cheeky, oddly lugubrious  intro of its own as if to say,  every time you play it, well, here we all are again old friends, what more could we have asked for than this?

In response to Philzone. Im not saying Smoke on the Water is the best rock intro, instead I think it is in the category of "best intro that leads to a disappointing song" i.e. blues-rock-by-numbers growling. One of those tunes that seems to have invented just for the purpose of sampling. How many times has the opening been used on soundtracks, commercials, title sequences only for the vocals to be faded out?


[Pere Lebrun had a pithy description of the song on twitter, but I can't find it now.]

Caught the first episode of this last night. So far it's fine social-realist TV drama in the tradition of Our Friends in the North, Tinker Tailor, Red Riding, etc, and certainly better than anything the Beeb have done this year I reckon. (Definitely better than last year's shambolic effort in this regard.) 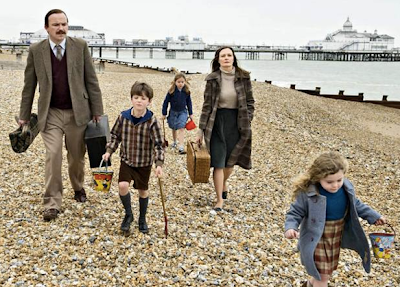 There's quite an interesting political thread running through it, too. Christopher Eccleston is deliciously demonic as gambling club owner John Aspinall. An unusual amount of script space is given over to Aspinall's Randian dialogues full of references to Alpha Males, biological determinism, the survival of the fittest, the importance of accepting the growth of an inferior underclass, and all that shite. He's basically a walking Adam Curtis theory, a right-wing crank grumbling about the power of "the Miners" in social-democratic post-war Britain, a sinister Blimp full of embittered determination to reassert what he calls the "natural order". Of course, the character is all the more shady because his views will become depressingly mainstream some ten years after the early-seventies moment that provides the backdrop to Lucan's narrative.

Another interesting thing is the way this class narrative is synthesised with a powerful feminist argument. Egged on by Aspinall's reactionary Alpha Male spiel, Lord Lucan starts to intimidate his wife Veronica - mentally and physically - in an attempt to get her committed so he can win custody of his children. Fortunately, this is the progressive early seventies rather than the Downtonite 1920s, so the courts decide in favour of the independent, sound-of-mind woman against the imperious, bullying aristo. The tragedy is that the working-class nanny who has supported Veronica in the run-up to the trial is bludgeoned to death by a crazed Lucan at the end of the first episode.

The symbolism here - of a brutal, quasi-Darwinian patriarchy reasserting its authority after a period of "effeminate" egalitarianism - is not difficult to grasp. The unheimlich contemporary relevance - bearing in mind certain recent uber-Darwinian pronouncements of the British Conservative Party - is also striking. 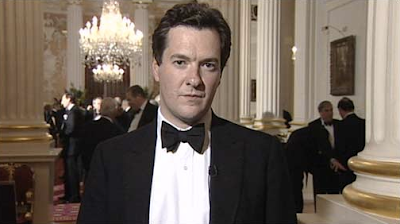 There can be no more denying it.

The conspiracy theory is the true realist art form of the twenty-first century.


[Cross-posted from http://thefantastichope.blogspot.co.uk/]
Posted by Alex Niven at 15:12 3 comments: