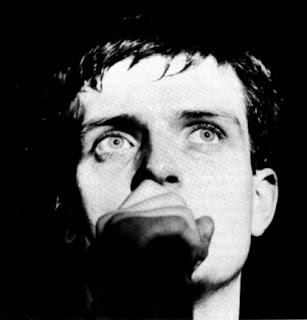 "Magic persists. Repeatedly driven underground, it repeatedly surfaces to become part of events - in the early modern witch-mania, in the magnetism-spiritualism-theosophy of the 19th century. It is dismissed as superstition, anachronism, survival, subcultural idiosyncrasy, deviance and lag. But today magic flares up so insistently that it commands attention from a surprised intelligentsia which had not noticed that the occult underground has been seething for 150 years….Magic is probably more than cultural lag. It even goes beyond persistence of occult elements in the person category and the ego……Perhaps the occult is the natural expression of a society in which we live surrounded by machines, bureaucracies, technologies and planning systems made by human rationality but unfathomable to us personally."

One of the interesting aspects of that strain of popular music that can be broadly called counter-cultural rock, by which I mean the left-field popular musics that stretched from the beat groups of the mid-60’s to the New Pop of the early-80’s, is that there has never been an attempt to really understand what kind of collective project it really was. Although it is usually seen as a kind of generational relief-valve, or as an attempt at escapism through the formation of subcultures, these explanations don’t really explain its most striking phenomena, which are its depravity and its appalling rates of death and mental illness.

But in what previous historical milieu would we find male-bonding, internecine power struggles, reckless drug-taking, excessive horseplay, ritualistic ecstasies and bouts of madness? Uncomfortably enough, there is only one: the province of magic. However, in the mature magics of well-established contemporary tribal groups, magic is surrounded by numerous taboos to protect the tribal members. Magic is restricted to an appointed shaman or witchdoctor; consciousness-altering drugs are reserved for special, infrequent ceremonies; magical "appeal" structures are created to ensure magical disputes are settled without disrupting tribal harmony. Conversely, counter-cultural rock groups, with their retinues of roadies, dealers, favoured engineers and producers, and assorted hangers-on, recall the earlier, more dangerous stages of experimental magic, especially that of the all-male initiation lodges of the Neolithic period, when ambitious young men rejected the mechanical solidarity of the clan system and withdrew from the tribe in order to expropriate the sacred for themselves and their own self-empowerment.

In addressing the idea of rock music being primarily a magical phenomenon, we must first define the concept of "mana". The term originates in the studies of the Melanesian Islanders of the South Pacific conducted by the anthropologist Robert Codrington in the 19th century. "Mana" was the term the islanders themselves gave to that curious frisson that manifests itself when humans enact with one another socially. Nowadays we have any number of terms for it - "charisma", "spirit", "empathy" etc., but Codrington’s insight was that when it is first noticed, it is given a general term. The French sociologists of the early 20th century used the "mana" concept to construct a theory that posited that the realisation of mana was the origin of religion, in that primitive man realises that mana is increased through ritualised, sacred ceremonies, and these in themselves give birth to both his conception of society, and that the efficacy of that society’s actions are increased by increased codification of the mana rituals. "Magic" is then a secondary phenomenon that appropriates the resulting sacred rituals, objects and texts for personal or group efficacy i.e. it is an expropriation of the sacred.

Life in the late twentieth century western world, with the organic solidarity of its social structures, buttressed with the solid ego protectors of the civic institutions, was frequently bereft of mana. Capitalism, with its obsession with individualism is particularly mana-repellant, but even Socialism with its Marxist distrust of religious opium, sees the mana-affect of collective action as at best merely coincidental. In many ways contemporary western man’s position is unenviable, because if his social structures collapse, he has almost no personal magics with which to combat social super-ego pressures. This is why Emile Durkheim considered that modern "anomic" suicide was closely linked to the group-induced "voodoo death" of primitive man.

We can then see that what truly attracted post-war English musicians to black American musics, was not pre-eminently their rhythmic innovations or "soulful" emotional frankness (although these were important), but rather that they crackled with magical mana. The soul of Sam Cooke or Ray Charles or Motown still radiated the spiritual aura of Gospel. The Blues, with its hellhound-on-my-tail fatalism, still had its spidery roots dug firmly into voodoo. It is easy to understand how such hedonistic depressives as Eric Clapton, John Lennon and Brian Jones could become obsessed with them. The beat groups’ adoption and promulgation of this mana was so successful that their ambitions turned to the most daring project of all - to assault the objective social frame of reality and de-rationalise western society. This change in purpose can be accurately dated - it was the moment that John Lennon pronounced that The Beatles were bigger than Jesus. Jesus Christ was, of course, the greatest magician in history.

As the Sixties progressed, the leading rock groups almost entered into an arms race with each other in adopting ever more exotic and far-flung magics. The Beatles and The Who adopted eastern mysticism and had their own gurus. The Doors adopted Native American shamanism. Hendrix invoked voodoo. The Rolling Stones dabbled with the occultism of Aleister Crowley, whereas Led Zeppelin immersed themselves in it. Drug ingestion became epidemic, with the trend being to harder and harder substances. Even the appearance of the bands became more wizard-like, with ever-longer hair, flowing robes, and even the occasional adoption of face paint. To become the biggest band in the world meant becoming the most magical band in the world.

Another focus of the original initiation lodges’ work was in the crafts, such as pottery, woodwork, and smithing (swordsmithing was the original "black art") which were mired in sacred lore. Similarly, soundsmiths like Page, Hendrix, Townshend, Gilmour and Blackmore spent enormous effort not only on the mastery of their instruments, but also eventually in their mastery of the studio. This was not (as is commonly understood) an attempt at proficiency for proficiency’s sake, but simply an attempt to (literally) cover their tracks, to mystify and obscure how they did it - to amplify the sense that what they did was truly magical.

By the mid-70’s the counter-culture had pretty much burnt itself out through an inevitable wave of death, madness and exhaustion. The original viziers, mostly semi-retired to home counties mansions or extended tax exile, only emerged infrequently for bloated stadium tours with accompanying live albums. The sense of magical insurrection was only kept vaguely alive by the simulacra musics of glam and glitter, until the next generation’s magical wave, intensely jealous of the "achievements" of those who came before them, had their chance to assault the objective social frame.

Punk, or more specifically the "post-punk" that was to follow in its wake, resumed the magical project, resurrecting Crowley-esque occultism (via the Industrial Records stable), Primitivism (The Pop Group, The Slits), Spiritualism (The Fall), death-cult voodoo-ism (Siouxsie, most Goth) and Eastern mysticism (Cabaret Voltaire’s mantras). Post-punk even had its own esoteric/occultist generalists in Killing Joke and Joy Division, very much the equivalents of Led Zeppelin and Black Sabbath. In coining these new musics, post-punk also had the magical new black musics of funk and reggae to plunder. Dub reggae was particularly irresistible for two reasons; firstly it embodied the kind of Spenglerian depth-space effects that are so vital to Western man’s sense of himself. Secondly, being essentially the Rastafarian religious music, it was drenched in mana.

In socio-cultural terms, Joy Division have always been an enigma. Why are they so perplexing? Why are they so compelling? In magical terms, however, they make perfect sense. Ian Curtis was, like Jim Morrison before him, basically a failed shaman. The original shamen of northern Europe and trans-Russia were frequently chosen for their odd appearance, and epilepsy was seen as an advantage for the head start it gave into altered states of consciousness (remarkably Curtis seems to have induced himself into gaining such a condition). The initiation of the shaman was the ritual of death and rebirth. Entering a state of trance-possession, he would ritually "die" before his audience, and then travel to the chthonic underworld and commune with the darkest spirits, then rise to the heavens to meet the angels. Finally, his broken spirit would be put back together and be "reborn" in his physical body, his spiritual immortality a ward against psychic death. What Curtis was attempting was almost unbelievably reckless and dangerous, but it wasn’t suicidal. Quite the opposite in fact - it was an attempt to achieve psychic invulnerability. His mistake was perhaps to attempt it outside a properly constituted order. As a secondary effect, Joy Division left behind perhaps the most magical music of them all, a mesmerising record of the psychic battles that mark the first stage of the shamanic initiate’s journey. Following his death, the re-membering of the cultural body had to be attempted by the bands that were left behind, and hence the inevitable, necessary vitality of New Pop. The likes of "New Gold Dream" are an attempt to create a "wholeness" to fill the void opened by "Closer".

If anything, the punks had been even more reckless than the hippies, and had burnt themselves out even sooner. If the death of Curtis seems like a milestone, it is because there was a subconscious recognition that this kind of behaviour could not go on any more. Certainly there would be excessive behaviour and tragic deaths after post-punk, but these would be outliers, ultra-narcissists too self-absorbed to realise that the game was over, rather than being connected to any musical-historical thread. Mirroring the great ethical religions like Christianity and Islam which marginalise magic, rock music was to enter its managerial, bureaucratic stage, in which innovation was to give way to the patternwork of the endless repetition of approved forms or "genres". What little magic that was still practiced in rock was the coarsest of all - the black magic of Death Metal and its sub-genres, often coming from lands outside the Anglo-American rock mainstream.

In hindsight it is no surprise that the "best" music, the most vital, the most mana-infused, is that made in the crucial periods 1966-1971, and 1977-1981, as these were the most magical periods, the moments when the counter-culture most threatened to tear the objective social frame of reality asunder. However, that threat always appeared more promising to those making the threat than the "threatened", who, witnessing a mainstream culture that had barely changed, largely didn’t even deign to notice the threat at all. For the neolithic magicians, the enormous risks of playing with the fire of raw magic were worth it because the result could be the opportunity to overthrow the tribal order, and remake the world in their own image. Although a few counter-cultural musicians could accumulate enormous personal wealth and prestige, ultimately the strong, defensible egos of modern man ensured that they were to some extent always confined to the margins. Dangerous and reckless, the great project of counter-cultural rock was always destined to end in failure.
Posted by Phil Knight at 15:55

Congratulations on having written the finest post in the history of the internet. Your legend is now secured, i'd say.

Genius! A grand unifying theory of rock, no less. The Robert Johnson myth is central to all this- though less overtly acknowledged by bands from the punk era onwards.A brilliance of this post is to recast the "revolution" in popular music around 1975 as a demoninational squabble around whether the status of grand wizard is bestowed in he who perfects the wizarding arts to the greater level of proficiency or he who is "born" charismatic, the idiot savant.