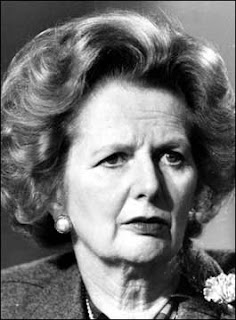 Whether or not one believes in the supernatural or paranormal aspects of magic, there is no doubt that magic is, in the words of Daniel O’Keefe, "real social action". If there is one aspect of magic that has always fascinated the social scientists that study it, it is the phenomenon of voodoo death. In the first half of the twentieth century, it became an object of almost obsessive study by the group of French sociologists of the Durkheim school, and the British anthropologists that were led by Sir Edward Evans-Pritchard. Whereas mana theory showed that human interaction can be deeply nourishing, perhaps even necessary for human health, voodoo death, which is a real phenomenon that has been observed on countless occasions, shows that human interaction can be toxic in and of itself.

Perhaps the most remarkable aspect of voodoo death is the rapidity with which it takes effect. When a member of a primitive tribe has the smouldering branch or chicken bone pointed at him by the witch doctor, the tribesman will die usually within a fortnight, and often within a couple of days. Ultimately, voodoo death is socially induced death - the man has been found breaking a tribal taboo, and the witch doctor condemns him to death on behalf of the rest of the tribe. Although the actual physical cause of death is still somewhat a mystery, the psychological mechanism of death is an attack by the super-ego, the component of the mind that Freud identified as ideally containing the parental and societal influences needed to compel the ego into controlling the unruly urgings of the id. In reality, the super-ego often works as what Christopher Lasch called "society’s agent in the mind", and this is especially so in modern societies where parental authority has given way to dissipated bureaucratic and corporate structures whose exigencies are disparate and often contradictory. In such circumstances, the super-ego, rather than functioning as the severe but measured moderator we know as "conscience", often takes a harsh and punitive form.

Mostly nowadays we individually experience the super-ego as a minor but persistent nuisance. It’s the voice in our heads that tells us we’re bad if we haven’t done an important task, or done it to a lower standard than we know we’re capable of. It also likes to throw up embarrassing or guilty memories, forcing to us to close our eyes and curse in order to send them away. The phrase "I could die from embarrassment" contains more than a germ of truth - the super-ego that punishes us for social misdemeanors is perfectly capable of killing us (or encouraging us to kill ourselves) under the right circumstances.

The politics of class are probably the area of greatest concentration of magic in modern society. Ultimately it can be said that class is magic. Perhaps the most urgent purpose of any ruling class is to cast binding spells on the lower orders, to force super-ego pressure downwards on those below. I would speculate that one sure definition of class is that the lower down the class structure you are, the more thoroughly you are bound by limiting magic, by the more firmly you have convinced yourself of what you are capable and incapable of doing. Ruling class magic is enhanced in its power by a number of tricks and props, the most important being:

* The symbolism and arcana of authority

* A clear, portentous, priestly manner of speaking, involving the incantatory repetition of key phrases ("there is no alternative", "we’re all in this together" etc.)

* Euphemistic and obfuscatory in-group terminology, expressly designed to preserve the magic of authority from coming under detailed scrutiny.

Margaret Thatcher was particularly masterful at the rites of ruling class magic. Her haughty tones, so redolent of the priest (that modern descendent of the witchdoctor) always make me think that she should have started her speeches with the phrase "Dearly beloved, we are gathered here today…". Her mastery of this kind of performance is probably the basis of her reputation for competence, which her short-sighted economic programme would belie.

For all the ramifications of economic relations, it is important to note that the class system is ultimately maintained by magical ritual and symbolism, by what Wittgenstein called an "agreement to agree". Essentially we all agree to agree which class we belong to, and to the social relations that result from membership of that class. Whatever privileges or cultural cringes we inherit from this agreement we accept ontologically, as "natural facts". Ultimately however, for all its pretense of sophistication, this is really an old compact that goes far, far back into the primitive realms of witchdoctor-magic, from which contemporary magic is descended, and which has evolved far less than most of us would like to believe.
Posted by Phil Knight at 21:49

Great post, could it be argued that voodoo death is an extreme case of the psychopathology of the everyday, or a contagious form of it?

Very true about the phrase "i could die from embarrassment", being some kind of self-destructive program, similar to John Lilly's "lethal programs"...

peter carroll reckons that magic is as effective as economics, which probably explains the popularity of treasure seeking grimoires...

I think it's certainly an extreme case of the psychopathology of the everyday - we're under super-ego pressure almost constantly from advertising, peer-groups, fashion, tabloid newspapers etc. In fact I think the tabloids are the great super-ego accumulators and dispersers of our time.

As for contagiousness, I basically agree with Gurdjieff in his belief that human beings aren't autonomous individuals, but accumulations of personality-types who involuntarily react to external events and external impressions, so a greater or lesser degree of contagion is pretty much inevitable for all social phenomena.

As an interesting aside, this article showing the effectiveness of placebos is worth a look:

Medical doctors are as much descendents of witchdoctors as priests and judges, and it's looking more and more the case that it is their symbolic authority that gives them efficacy rather than the drugs they peddle.