Running Up That Hill, With No Problems 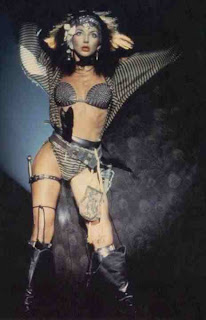 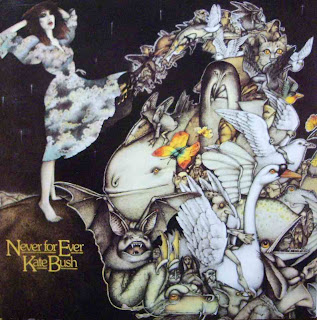 "The character structure of modern man, who reproduces a six-thousand-year-old patriarchal authoritarian culture is typified by characterological armoring against his inner nature and against the social misery which surrounds him. This characterolgical armoring of the character is the basis of isolation, indigence, craving for authority, fear of responsibility, mystic longing, sexual misery, and neurotically impotent rebelliousness."
- Wilhelm Reich

I've never been a huge fan of Kate Bush, but she's certainly intruiged me since an early age. Stars who maintain such a long, incredibly successful career while retaining a key element of mystery often do. In our age of wall-to-wall gossip, pop punditry and celebrity saturation, Bush has managed to remain low-key over three decades (rarely giving interviews, never touring); while somehow making every album release an event of sorts. This is rare for any pop star, but it's practically unheard of for modern female performers. It also fascinates how universal her appeal is - black or white, male or female, gay or straight, she's retained a global fan base loyal enough to ensure Platinum sales since 1978. Is there anyone else who could inspire devoted plaudits from Rufus Wainwright, Outkast, Ariel Pink, Rolf Harris, Tricky, Charlotte Church, Prince and John Lydon? If anything, she's as inclusive as a pop star could be since the 70s.


There are superficial elements of prog, folk and MOR in her 70s records, but it remains difficult to categorise Bush in those genres. Her creative autonomy and studio mastery are widely admired, and it's striking how she continues to remain 'outside' music industry trends. David Gilmour's patronage - and early, crass attempts by EMI to exploit her sex appeal - are little more than footnotes to her biography now. Barely out of school, she burst into the charts with one of the weirdest 'novelty' singles to ever top the charts around the world. There were inevitable spoofs, but watching them now it's apparent how wide off the mark those parodies were. For all the dance moves, mannered vocals, and undeniable hamminess, she's avoided the contempt shown towards many venerable pop stars. 1978 audiences didn't quite know how to take her, but 'Wuthering Heights' and subsequent album The Kick Inside established a persona that has grown while remaining remarkably consistent. She is an unashamed European romantic who emerged at a time when the romantic 'project', and by extension modernism, was assumed dead everywhere, from the pop charts to academia to politics. 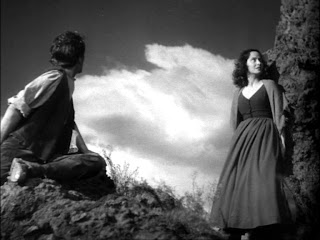 The novel Wuthering Heights itself maintains a mysterious appeal. Has there ever been a more popular love story with such vile characters at the centre of it? The love depicted in Wuthering Heights is one of resentment, cruelty, misery, betrayal, claustrophobia and slow, early death. It's doubtful any of us could bear a short introduction to Heathcliff or Cathy, much less ruin our lives in their names. Yet despite canonisation as a classroom text, it still strikes a chord with readers to this day, with endless film versions and predictable popularity in 'big read' surveys. Not quite 'gothic', its savage l'amour fou was a major inspiration to the surrealists, with Luis Bunuel releasing a version after several aborted attempts. The layered, conflicting perspectives on this nightmare couple are arguably as much a precursor to modernist narrative as Tristram Shandy. But it isn't Sterne drawing tears from housewives and informing unforgettable songs. There's a certain something - never quite captured by most adaptations - haunting the novel, its readers, and Kate Bush's music.

The vocals of the song were re-recorded by Bush in 1986, and the production 'beefed up'. It was a curious move to change her most recognisable hit. This time it was sung with more aggression and frustration, less vulnerability; cries growing up into a howl. It came after the success of a series of albums leading to Hounds Of Love, the singles of which worked towards a general theme (elaborated on the 'Ninth Wave' suite, on the album's second half). Consider the chorus of 'Running Up That Hill' - what was this song actually about? The sound of it - infectious as it was - is telling. Promised crescendos never quite arrive, but are alluded to in ghostly vocal overdubs lurking in the background. It gains coherence in light of other songs like 'Hounds Of Love', which continues the imagery and movement of the above (also in 'Babooshka', 'Suspended in Gaffa', 'Wow' and 'Sat In Your Lap'); of an invitation to something, moving towards it with open arms, then retreating in frustration at the crucial moment.

The real clincher comes with 'Cloudbusting', a Radio 2/MTV hit about... Wilhelm Reich? Both song and video focus on his more bizarre experiments, and the equally bizarre suppression of  his work (not only was Reich jailed until his death, the government destroyed all his scientific papers, to the indifference of other scientists). Unlike her contemporaries, Bush has never been one for impotent political postures. 'Army Dreamers', 'This Woman's Work' or 'The Dreaming' deal with themes that could have been touched on by 18th century romantic poets. But Reich, pariah of the psychoanalysts, lapsed (but unrepentant) Marxist and progenitor of the 'sexual revolution', was very much a 20th century figure; less easily assimilated than Freud, more outre than Jung, and an eccentric embarrassment to the left. Despite relative obscurity, changing sexual attitudes have made many of his ideas commonplace since the 70s.

Although Reich's writings found favour in more occult circles, mysticism and hippy platitudes get short shrift in Bush's songs. Images of trees, mountains, skies and waves - romantic cliches on the surface - are militantly material. For both her and Reich, nature in all its chaos and danger is the energy required to be fully human, from the kick inside to Aboriginal 'dreamtime'. This theme has been explored since 'Them Heavy People', her 1978 tribute to Gurdjieff and whirling dervishes. As with the momentum of so many of her songs, the modern subject tends to retreat from this energy under the fragile armor of contrived personae ('Wow', 'Babooshka') or technological hubris ('Breathing', 'Experiment IV'). Since the industrial revolution, unmetered energy has been treated like some ineffectual ghost, yet her lyrics often read like open invitations to it. The Red Shoes alludes to the dangers of unleashing dormant ecstasy as much as Wuthering Heights. However they may be the kind of energies that don't need to be harnessed so much as embraced, the knowledge that is "sat there in your lap":

I hold a cup of wisdom
But there is nothing within.
My cup, she never overfloweth
And 'tis I moaneth and I groaneth

Bush has always been open about her cultural influences. Unlike the reference points of David Bowie or other art school dilettantes, she's also remained true to a consistent preoccupation. Previous ecstasies are now more sanguine with motherhood, personal grief and maturity; but even the title of Arial betrays ideas of another world lurking below. Not a world promised by God, but another kind of holy ghost - one that haunts the biological human body itself (it was her physicality that comedians attempted to mock, but looking more embarrassed than their target). This ghost continues to haunt western culture. From Greek tragedy to modernism, the romantic ode to the guitar solo, the Holy Roman Empire to fascism. The bete noire of scientific, religious, political and domestic authority; acknowledged as an invisible battleground by feminism. The unnameable, irresistible but monstrous element that dragged Cathy and Heathcliff to the moors. The great terror that doomed Wilhelm Reich and his research to a lonely grave. The dreamtime lying outside measurable space, unlocked by the key she kisses to Houdini on the cover of The Dreaming. It's Molly Bloom's joyous, restless, delirious climax to Ulysses; as honoured in The Sensual World. Throughout Kate Bush's music and imagery lurks yet another spectre haunting Europe: the orgasm. 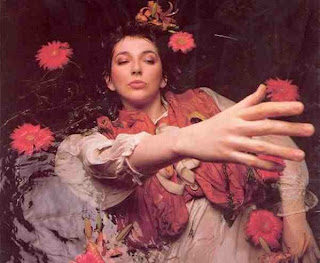 Wow, 6 years, and nothing. Maybe people stop reading after the first sentence. If you're obsessed enough to write this much, you might be quite a fan.