Death Of A Princess, Birth Of Enemies 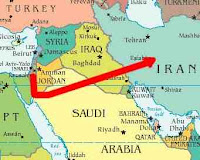 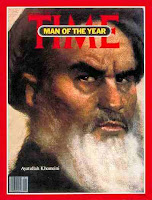 "On April 9, 1980, Associated Television showed Death of a Princess to an estimated 10 million Britons. Although "rejecting Saudi pleas that the film be amended or scrapped..." ATV agreed to include an introductory comment that said: "… The program you are about to see is a dramatized reconstruction of certain events which took place in the Arab world between 1976 and 1978. We have been asked to point out that equality for all before the law is regarded as paramount in the Moslem world. …" And the next day, the British Foreign Office released a statement saying: "We profoundly regret any offence which the program may have caused in Saudi Arabia. We have, of course, no power to interfere with the editorial content of programs, still less to ban them."

"On April 11, the Saudi Embassy in London called "Death of a Princess": "… an unprincipled attack on the religion of Islam and its 600 million people and on the way of life of Saudi Arabia, which is at the heart of the world of Islam." On the twenty-third of April, the government of Saudi Arabia requested Great Britain to withdraw its Ambassador to Jeddah, James Craig. Although a serious step, it was thought to be temporary. The British Foreign Office said that the Embassy staff would stay in Jeddah and the Embassy would remain open."

"The decision to make this request, reached at a meeting of the Council headed by then Crown Prince Fahd was, according to the government-owned Saudi press agency: "… in the light of the British Government's negative attitude toward the screening of the shameful film." At that time, the Saudis also issued a statement saying it had carefully examined economic relations between the Kingdom and Britain, and especially the activity of British companies in the Kingdom. …"