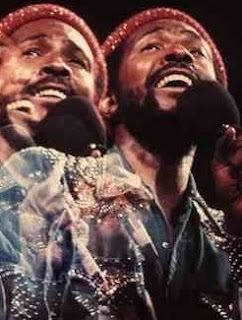 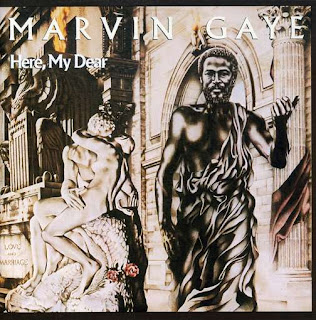 "The end of the bourgeois ego, or monad, no doubt brings with it the end of the psychopathologies of that ego -- what I have been calling the waning of affect. But it means the end of much more -- the end, for example, of style, in the sense of the unique and the personal, the end of the distinctive individual brush stroke (as symbolized by the emergent primacy of mechanical reproduction). As for expression and feelings or emotions, the liberation, in contemporary society, from the older anomie of the centered subject may also mean not merely a liberation from anxiety but a liberation from every other kind of feeling as well, since there is no longer a self present to do the feeling."
- Fredric Jameson

Soul is now a rare term of appraisal in music discourse. When discussed as a genre, it is usually as nostalgic totem, the distance travelled from Ray Charles to contemporary R'n'B, but nominally regarded as a sound of the 60s and 70s. The great labels Stax, Motown, Philadelphia etc. have long vanished into corporate takeovers, along with the local identities that defined them. Ways of life, classes and struggles that soul once inspired have formed different shapes in recent decades. Traces of gospel in Afro-American pop have all but vanished, and even the pastiches of 'neo-soul' are largely secular. Performance arts schools have overtaken the church in nurturing talent. Unlike the soul music that emerged from churches, the locus of success relies more on lyrics or production styles. Not the voice that vocalists distinguished with their cry of "please!", as they extended emotion outside the boundaries of song. Marvin Gaye was particularly distinguished in this, among other things. As an artist who bridged the era from doo-wop to MTV, his career rose, innovated and died with the genre itself. His 70s work was somewhat emblematic in its struggle with war, urban decline, sexuality, family, faith and personal expression. When the 'death of the author' rubbed against a new 'permissiveness' (creative or otherwise), he was also symptomatic of a time when the 'me generation' tentatively lumbered from the social ruptures of the 60s to the face-lifted restorations of the 80s.

As with most of Gaye's 70s work, What's Going On synthesised all the strands of post-war Afro-American music - blues, jazz, gospel, doo-wop, soul and funk (he would later make disco his own: a No. 1 hit about his fear of dancing). As a song cycle, it begins with greetings to a party and ends with a prayer. The ongoing crises of Viet Nam and economic insecurity loom large, where faith struggles with apprehensions of impending apocalypse. It plays as an extended hymn, to western society as much as God, a plea to "find peace sublime" by spiritual or secular means. The album is also a document of his struggle for autonomy in Motown's production line (he always sounded just a little too mature for 'the sound of young America'), shortly before the label abandoned Detroit ahead of heavy industry. Such assertions of "the individual brush stroke" were common in the early 70s, with many black performers attempting to transcend industrial limits. As with society in general, hard-won 'permissiveness' wasn't without its pratfalls. Without road maps, the 'dizziness of freedom' could result in unaccountable indulgence or crippling anxieties, as much as it could lead to innovations in social relations or modes of expression. It could also lead to a loneliness that the culture wouldn't absorb, a disquiet that ego, faith, or indeed 'soul' may be unable to compensate.

Deciding not to repeat What's Going On's success by recycling its subject matter, Gaye moved from The Waste Land to Eliot's dictum of: "Birth, copulation and death. That's all the facts when you get to brass tacks." Let's Get It On was a manifesto of sorts, but not as clear-cut as the liner notes suggested. Gaye was plagued by sexual neurosis, reputedly a result of his harsh fundamentalist upringing. Compared to the previous album, God is barely mentioned. This is a hymn to the body, where faith in its pleasures nevertheless remain open to question. The desperate fear of rejection is of course a common motif in soul ("please!"), but the album still aims to seduce. Along with soul, Gaye foregrounds his roots in doo-wop, arguably the prettiest of post-war pop genres, that seductive crossroads between blues, gospel, soul, rock'n'roll and the Great American Songbook crooners that Gaye longed to join (he eventually did, posthumously). Yet as with his other songs of the period, background harmonies were provided by Gaye himself. Without the camraderie of doo-wop's backing singers, it leaves his serenades sounding all the more anxious: Scared that if I close my eyes/When I get ready to wake up/I might find you gone. Desire on the verge of splintering into duality and doubt, widening the gulf between serenader and his object of seduction, but paradoxically creating more intimacy with the listener. This is also the case with its more cavernous and fragmented follow-up I Want You. For all of Let's Get It On's erotic charge as the 'luurve' album par excellence, there's an overwhelming sense of absence to it.


After its sequence of sexual and romantic longing, Let's Get It On ends on a note of sadness and regret. 'Just To Keep You Satisfied' dispenses with the funk and doo-wop; and harks back to the more desolate work of Frank Sinatra, particularly his post-Ava Gardner song cycles of the 50s. The song had several versions, originally written for second-tier Motown acts like The Originals, but here Gaye edited out the percussion and rewrote its promise of devotion into a meditation on separation and loss. The bittersweet irony is that his departing wife Anna (Berry Gordy's sister) co-wrote the original song. Appropriate to this act of erasure and reappraisal, the album closes on a far more ambivalent note than its opening anthem:

Their separation would form the basis for an entire double album in 1978. Here My Dear was a flop upon release, but its reputation has improved considerably. Made to raise money quickly (for alimony and child support), at a time when Gaye was already living beyond his means, it was intended as a "lazy, bad" album to appease both his ex-wife and Motown. With declared despondency, its stream-of-consciousness vocals and fragmented collage of moods sound strangely compelling and immediate today. It's an album of disillusion, where passion is not so much an open question as avoidable error. The ugly, perplexed emotions that divorce brings - not least its awkward sense of alienation - are arguably more au courant with our contemporary mores than the frank expressions of desire of his earlier albums (which now seem more suitable for solitary listening). The bitter humour and references to financial quarrels were also ahead of their time - few soul singers of the time would foreground money as a component of emotional heartbreak. After further disputes with Motown, another divorce and exile, the 80s brought radio-friendly success with In Our Lifetime and Midnight Love. Even with greater polish and sales, his haunted duality and anomie remained.

Baby, your life and mine is grooving on the danger
Revelation's prophecy is nearly fulfilled
We are blessed to experience a changing world
So let's love before our fate is sealed

The implications of Gaye's classically tragic fate could be the subject of a whole other chapter. After his death, soul (as genre, as affect) would fade. As with many musical genres, it survived by retreating into subculture. Something to be curated (specialist radio and nightclubs), borrowed (a badge of 'taste' for white and/or British performers, a source for samples), or rented out to other merchandise (fashion, film, advertising). There are still soul survivors of the 60s and 70s who carry on regardless. Yet despite any continued commercial appeal they may have, they are as marginal to 21st century pop as those delta blues legends revived in the 60s. It's difficult to speculate which musical path Gaye would have taken had he lived; especially when we consider how Afro-American pop has changed in the past thirty years, not least market expectations of its performers. Popular culture - and the economic circumstances informing it - now communicates in a different emotional register.

The all-consuming success of Motown baby Michael Jackson - the commercial, sexual and racial disturbance that he (dis)embodied, the face of neoliberalism - effectively put the brakes on emotional (and textural) 'authenticity' in Afro-American pop. Jackson and the dominance of video (not least MTV's racism) resulted in widespread compromises of image and attitude that still reveberate. 'Realness' was reserved for the downsized alienation of hip hop, a genre so austere it even forsakes the comfort of song.  The 'real' became acknowledgement of socioeconomic pressures, not emotion or 'soul'. That in turn influenced the timbre and temperament of R'n'B, and any number of 'urban' genres (Joe Carducci's reactionary warning that repressing live 'heat' would "come back to haunt black music" may yet prove correct). It was as though production methods became a way to establish boundaries on desire. Lyric-wise, collective and emotional aspirations congealed into an emphasis on individual wealth and fame. Mention of marriage or work became increasingly rare in pop, and 'urban' charts are dominated by hymns to callow status. Vulnerability is defeated by impervious declarations of strength, yearning by the paranoid maintenance of impregnable ego. Songs of love finally surrendered to songs about fucking. And God? He's just another celebrity to thank at the MTV Awards. 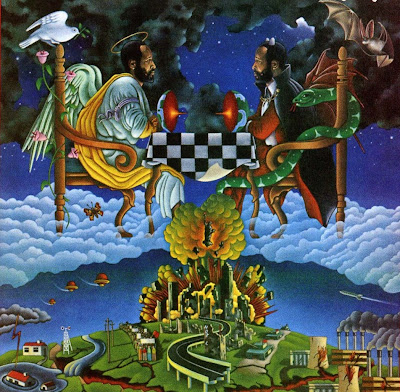