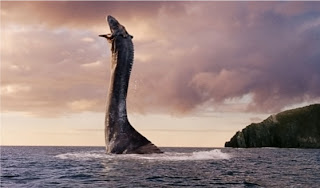 Although the Seventies saw the rise of J.G. Ballard as the bête noire of British fiction, they also saw a revival in the fortunes of a previous enfant terrible of the literary world. Colin Wilson, a working-class autodidact from Leicester, had risen meteorically in the 1950’s as the author of "The Outsider", a biographical examination of the visionary impulse within Western art, and had fallen just as quickly, as a series of highly public sexual escapades and a realisation that some of his ideas were deeply idiosyncratic saw him being dropped by the gatekeepers of Hampstead literary life like a hot pentacle.

Wilson’s response to personal and professional ridicule throughout the 1960’s was to release a torrent of work, both factual and fictional, encompassing biography, philosophy, detective fiction and science fiction. Voluminously well-read, he enlisted the ideas of such varied thinkers as Bergson, Nietzsche, Husserl, Jung and Abraham Maslow to support his central idea; a kind of anti-existentialism that posited that reality is what we experience in "peak moments" of involuntary visionary wonder, rather than the listless banality that we experience in our daily lives. Although this idea has a long history in Eastern mysticism and Christian esotericism, Wilson went further in speculating that the task of human consciousness was not to mediate and interpret reality, but to narrow and compress it, to block out rather than gather in. 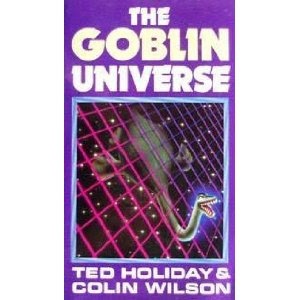 Following the social ructions at the end of the 1960’s, the Seventies, perhaps not coincidentally, saw an explosion of what we would now call Fortean phenomena: UFO sightings and abductions, poltergeist hauntings, appearances of Bigfoot and the Loch Ness monster. In 1971, Wilson published "The Occult", which fortuitously coincided with this deluge of psychic arcana, and revived interest in his work, but perhaps the strangest and most perplexing adventure he became involved in was documented in the book he co-authored with "cryptozoologist" Ted Holiday, "The Goblin Universe".

Holiday was convinced that the Loch Ness Monster, along with other denizens of what he called "the phantom menagerie" such as the Yeti, the mystery big cats of the English home counties and extra-terrestrials, were not real creatures, but what he called "thoughtforms" - manifestations of the human collective unconscious that have a tendency to form when certain highly charged locations are visited by highly sensitive individuals. Holiday, who claimed to have seen Nessie on several occasions, regarded these manifestations as being irretrievably evil, the product of the more grotesque aspect of whatever unknown power organises the universe.

In 1973, in what Wilson considered to be a dangerously reckless move, Holiday enlisted a Presbyterian priest by the name of Donald Omand to accompany him out onto the water to exorcise the loch. Although the exorcism passed off without apparent incident, within a few days Holiday and his accomplices were to encounter a bewildering array of bizarre phenomena, including mysterious flashing lights, and sudden tornados that would shake the walls of their homes before abating in seconds. Holiday himself would come across one of the notorious "men in black" while attempting to investigate an alleged UFO landing site. It was to be a fateful meeting - he would suffer a heart attack at exactly the same spot a year later. As a keen student of Jung, he himself would observe: "Synchonicity and the forces that control it never give up".

In an unusual postscript, in 1983 The Police would record this song, which would seem to have a curious resonance with Holiday’s account. Any literal connection would be impossible though - Holiday completed his manuscript just before his death from a second heart attack in 1979, and the book itself wasn’t published until 1986, meaning that at the time the song was written no-one other than Holiday’s mother and Wilson would have known his full story.

It's a cracking track though. And I say that as someone who isn't much of a Police fan.

The flashing lights over the lake in the vid are also noteworthy, as Holiday mentions in the book how sudden flashes of light often prefigure paranormal events.

Yes, definitely one of their better later numbers.