Thank You For The Party, But I Could Never Stay

One of the greatest bands of the 70s (and 60s), with one of the greatest singles to ever hit number 1. The lyrics were once considered cryptic, but they derived from a common experience, like many in London are having right now. After a show-stealing performance at Woodstock, and superstardom assured, Sly was nevertheless dragged back to earth; face to face with 'himself' as dictated by the powers that be. An ugly encounter with the LAPD on the way to the studio directly led to these lyrics:


Legend has it that Sly came under pressure from Black Panther acquaintances to write more militant material. Yet it was his own raw experience of 'Amerika' informing this masterpiece (and the bitter, paranoid unravelling of There's A Riot Goin' On). As the gospel train ground to a halt, paranoia, disillusion or bewilderment were the order of the day. Early 70s Afro-American pop reclaimed - and modernised - the blues with a series of bleak classics, from 'Backstabbers' to Back To The World. Unlike blues tributes of white contemporaries, the above lacked much affection for the past, or indeed faith in the future. However, as with 70s American cinema, there was only so much despair mass audiences could take. The disco inferno arrived to dominate the mainstream, with many a soul or funk star attempting to jump the bandwagon (while Sly jumped off). The glittering, smiley face of disco would be caught unawares by the shock of Reaganomics, AIDS and the stark, alienated appeal of hip hop - the postindustrial blues. When he stopped taking things higher, Sly was a pioneering architect of low end theory; where Everybody Is A Star with an eye towards the gutter. 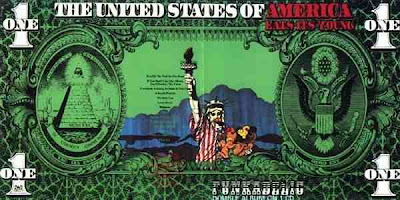