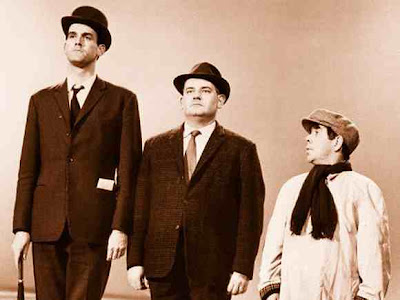 Steptoe And Son (1962 - 1974)
Rag and bone men Albert (father) and Harold (son) live together in claustrophobic poverty. Harold daydreams of escaping his lonely situation via love, culture and 'bettering himself'. These attempts are doomed to failure, and undermined by his father, who nevertheless wishes to protect his son from disappointment and rejection.

Some Mothers Do 'Ave Em (1973 - 1978)
Accident-prone, well-meaning Frank attempts to hold down a job to support his young family. Despite his enthusiasm and good nature, he always encounters catastrophe at the workplace. He inadvertently inspires outright hostility from employers (sometimes at interview stage), and repeatedly returns to unemployment.

Porridge (1974 - 1977)
Repeat offender Fletcher shares a cell with naive first-time offender Godber. Taking the younger inmate under his wing, Fletcher tries to encourage Godber's attempts to rehabilitate and 'better himself'. However these attempts are frequently undermined by the inherent limits, corruption and brutality of prison life.

Lonely, petty landlord Rigsby rents out to tenants Ms. Jones, Philip and Alan in his dilapidated boarding house. Despite racial, political and sexual tensions between them, they are united by an acute sense of personal failure; desperately veiled behind fantasy and facade.


Only Fools And Horses (1980 - 1991)
Orphaned, unemployed brothers Del and Rodney (assisted by Grandad/Uncle Albert) aspire to escape their miserable existence in an overcrowded council flat; through farcial, semi-legal business ventures that inevitably end in failure. Yet at the end of the 80s, Del marries and becomes a father; while Rodney secures a well-paid job at a successful IT firm and marries into the upper-middle class. Then, upon randomly discovering a rare antique watch, Del, Rodney and Uncle Albert become multi-millionaires. 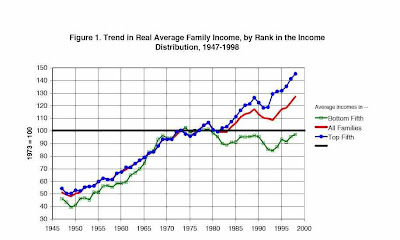