The Abuse Of Sex 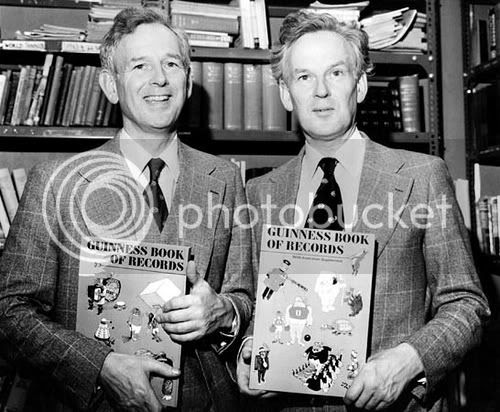 The Greco-Armenian mystic and esotericist G.I. Gurdjieff held strong opinions on what he considered to be "the abuse of sex". For him, this constituted not the everyday perversions that are the subject of boundless wobbly camcorder footage on the internet, but rather the channeling of sexual energy into non-sexual activity. As he himself put it:

"The energy of the sex centre in the work of the thinking, emotional, and moving centres can be recognised by a particular ‘taste’, by a particular fervour, by a vehemence that the nature of the affair concerned does not call for. The thinking centre writes books, but in making use of the energy of the sex centre it does not simply occupy itself with philosophy, science or politics - it is always fighting something, disputing, criticising, creating new subjective theories. The emotional centre preaches Christianity, abstinence, ascetiscism, or the fear and horror of sin, hell, the torment of sinners, eternal fire, all this with the energy of the sex centre……Or on the other hand it works up revolutions, robs, burns, kills, again with the same energy. The moving centre occupies itself with sport, creates various records, climbs mountains, jumps, fences, wrestles, fights, and so on.

In all these instances, that is, in the work of the thinking centre as well as in the work of the emotional and the moving centres, when they work with the energy of the sex centre, there is always one general characteristic and this is a certain particular vehemence, and together with it, the USELESSNESS of the work in question. Neither the thinking nor the emotional nor the moving centres can ever create anything USEFUL with the energy of the sex centre. This is an example of the ‘abuse of sex’".

It was fortunate for Gurdjeff that he died before the publication of the first edition of The Guinness Book Of Records, which he would no doubt have regarded with horror as the cultural institutionalisation of the abuse of sex. The brainchild of Sir Hugh Beaver in the mid-fifties, the book was a compendium of both natural facts and stupendously useless feats of human persistence, endurance, and megalomania that was annually compiled by twins Ross and Norris McWhirter, and printed every October to cash in on pre-Christmas sales.

It was a measure of that free-wheeling era that BBC bosses considered this filth fit for imposition on the nation’s children, and in 1972 "Record Breakers", a show based around the book, began its long broadcasting run. Light entertainer Roy Castle was chosen to be the main presenter, focusing on record-breaking attempts around the world, and, when not watching people fly upside down under bridges, or the largest aerobics class in the world, channeled his surplus sex energy into breaking nine world records himself.

Tellingly, the McWhirter twins’ abuse of sex manifested itself in other fields. The McWhirters were tireless political activists for a strand of right-wing Libertarianism that culminated in their role in the foundation of The Freedom Association, a pressure group that was profoundly hostile to the trades unions. Ross McWhirter’s calls for harsher treatment of Irish Republicans, the constant monitoring of ordinary Irish civilians living in the UK, and finally his offer of a reward of £50,000 for information on a wave of terrorist attacks in the capital, led to his assassination by the Provisional IRA’s Balcombe Street gang, who were themselves engaged in an increasingly bold and reckless campaign against "ruling class" targets in the West End. This act was weirdly unfathomable to children at the time, like hearing today that Alan Titchmarsh has been singled out by Al-Qaeda.

Roy Castle’s biography was no less unusual. An agoraphobic, he would reputedly take refuge from the vast studios of Television Centre 1 by diving into a strategically placed wicker laundry basket, whose lid would be safely sealed by the weight of Cheryl Baker so as to assure the stricken Castle that there was no chance of it being inadvertently removed. It is difficult to resist speculating that this impromptu, Bucks Fizz-topped structure acted as some kind of primitive Orgone Accumulator, that, as well as curing Roy’s panic attacks, had the accidental secondary effect of charging his extraordinary libidinal surplus.
Posted by Phil Knight at 23:10

Weird - I was just thinking of the McWhirters in the context of kid's TV. What murky political waters these cuddly presenters move in (I hear lifelong virgin Patrick Moore had connections to the extreme right, too).

I recall a relative condemning the Guiness Book as 'racist' and 'fascist propoganda' (not least because their 'biggest mass murderers' record had communist governments at No.1). And Roy's mantra "dedication is all you need" is of course applied to many a private 'jobseeker' service nowadays.

Detailed info on the McWhirters' political activities is a bit thin on the ground these days. I've seen allegations that at least Ross was an outright white supremicist, although nowadays The Freedom Association seems to be a fairly standard Libertarian grouping.

What was amazing in researching this is just how audacious the Balcombe Street gang were. They seem in some ways to have gone beyond being merely an IRA active service unit, and into being an abstract-political vigilante group. There's plenty of info on them here: http://www.nickelinthemachine.com/tag/irish/

I dimly remember reports of McWhirter's National Front sympathies being silenced in court, but memory can be unreliable.

Hughie Green did a memorable end song to the last Opportunity knocks show as i remember..... it was like a right wing rally, with Army , Navy, Air force , in attendance . I remember it being really quite shocking.