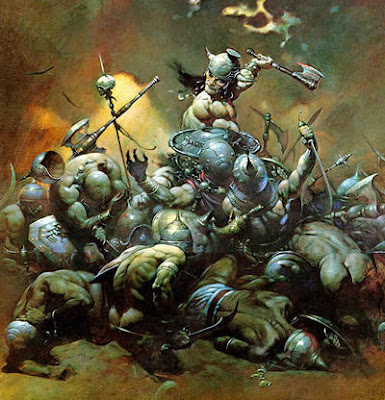 In cinema, fashion, and not least political rhetoric, the 30s chic of Bonnie and Clyde was highly influential. However, if the cinematic past couldn't help but be concerned with the present by the late 60s, the 70s looked backwards with less urgency. The 30s were everywhere in 70s pop culture, but what the 30s 'meant' became elusive with the shift towards nostalgia. The darker aspects of the 30s were reserved for neo-noir howls of pain like Chinatown or The Conformist, just as bleak revisionist westerns like McCabe & Mrs. Miller alluded to contemporary political anxieties. In contrast, hit films such as Murder on the Orient Express offered shop-worn motifs and predictable resolutions. 30s nostalgia was used for the comforts of genre and style, not something as troubling as history, or how it resonates in the present. The viewer would have to dig very deep for historical relevance in the originals; never mind the pastiche, or affectionate parodies such as Young Frankenstein. It was the past as theme park, suitable for all ages.
In the early 70s, the revival of the 30s pulp was also underway. American comics, having reinvented superheroes via the technology and anxieties of the New Frontier, aimed to keep an ageing audience* by reviving the harsher heroes of the Great Depression. Doc Savage, the Shadow and Conan the Barbarian were being dusted down and resold to college kids hip to nostalgia, and especially for the 30s (with HP Lovecraft finally hitting the big time). With the decline of TV's pop art Batman - and the emerging gay monopoly on camp - these 70s versions were strangely po-faced in their reverence. Pulp revivals were also mirrored in paperback fiction, with Heinlenesque space opera and 'sword and sorcery' becoming huge money-spinners. Cultish revisionism like Philip Jose Farmer's Tarzan Alive! also paved the way for today's darker, but no less reactionary, 're-booted' heroes. Creaky 30s serials also found a new lease of life via TV and a booming nostalgia market.
It's been already been noted here how movie vigilantes emerged in the Nixon years. With a paranoid loner in the White House, and neoliberalism looking for enforcers, the fantasy of barbarian kings or crime-fighting oligarchs complemented vigilantes with aggressively pre-New Deal values. The original pulp heroes offered simple solutions to escape the Great Depression. The wealthy Shadow just knew "what evil lurked in the hearts of men" - he had no need to explain it to his hypnotised employees. Doc Savage could finance imperial adventures with profits from his South American mines. Conan could slay his way to monarchy without doubts, as might was the only right in his era of declining empire and lawlessness. The ruling class superman was back with a vengeance.
In the latter part of the decade, and true to postmodernism, nostalgia piled up on itself. With the emergence of mass collecting and 'fandom', every popular medium harked back to a 'golden age', comic books included. Bereft of a gold standard, various 'golden ages' were nevertheless agreed to end with Eisenhower's presidency. The 'innocent' 50s celebrated in Happy Days and Grease vied with the 40s 'good war' being endlessly fought on screen and print throughout the 70s. 'Golden oldie' songs were reanimated on radio and TV. Primetime hosts like Joe Franklin or Michael Parkinson toasted ancient stars (and by implication, the values) of a monochrome past. However, there was only one 'golden age' actor still on his way up.


Despite uncomfortable connotations for certain sectors of the audience, pre-60s nostalgia was mainstream lingua franca by the end of the 70s. George Lucas, unsuccessful in his attempts to revive 30s icon Flash Gordon, followed American Graffitti (reimagining his own youth as theme park) with Star Wars**. Its inventory of pulp cliches, and shot-for-shot pastiche of older Hollywood glories, led to a boom in retro fantasy targetting all ages, on screen and beyond. Serials, cartoon characters, pulp icons and b-movies got big money makeovers, with varying degrees of success. Revived reactionary assumptions could lurk beneath the gloss of 'pure entertainment', as much as the Hollywood president could sell his agenda with a cute one-liner or movie reference. Raiders of the Lost Ark consolidated Hollywood's rush to the past, synthesising its childish influences and repackaging them for 'knowing' adults. This overdressed Republic serial was nominated for Best Picture, in a year when almost all Oscar nominations looked towards the distant past, its genres or stars. In Reagan's year of re-election, Indiana Jones advertised his second whip-cracking campaign with the tagline: "The Hero is Back!" Before long, the retro hero was even re-winning long lost wars. By the mid-80s the hero could do anything - except look forward. 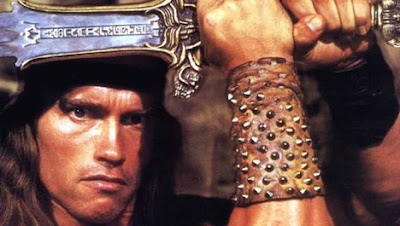