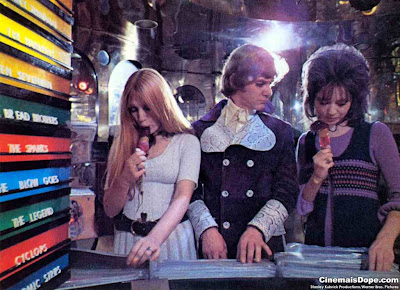 Just some of the leading actresses (as they were then known) of the 70s who had key roles as victims of sexual violence:

Directors of the 70s - who used sexual violence in their key films:

These lists only cover the 70s 'mainstream' - we'll leave aside the endless reels of porn, exploitation, and 'video nasties' for now (or the many emerging national cinemas of the period). But the question remains: why, even if we allow for the easing of censorship, was rape such a defining motif of the 70s? How did its 'legendary' directors make such a name for themselves with an unprecedented level of visual misogyny? Why, from '68 onwards, was rape used so frequently, 'humorous' to horrific, left-wing to right-wing, leading the plot or as background incident, overwhelmingly man on woman, but also incorporating man-on-man, paedophilia, incest, necrophilia, bestiality... and even between humans and demons, viruses, machines or aliens? Particularly telling is how almost every genre and market (however 'niche') indulged in scenes of rape of some kind.

It's now common currency that late 70s/80s cinema was a restoration of sorts, but even then rape continued to march across screens regardless; this time with the 'rape revenge' cycle, in line with the right-wing agenda of the 'rehabilitated' hero on the side of law and order, family values, and imperial wish fulfillment. But for many films of the 70s that (at the very least) had deeply ambivalent attitudes towards the traditional hero and the ideology he represented, rape became the brutality du jour - standing in for capital in many cases, sometimes for the urban/ethnic hordes in need of 'cleansing', at other times for the unaccountable power of government and military, or uncontainable 'rebelliousness'.

The (re)emergence of feminism at the dawn of the 70s had a part to play, of course - but was it seen as that threatening so early? Unlike 40s noir (itself revived in a big way during the 70s), 70s male confusion and anxiety was reluctant to blame women outright for their woes. It instead became a ritual, a motif present in the most inappropriate of narrative arcs. A shorthand way of telling us the Hero Isn't a Nice Guy, or Capitalism Is Cruel, or The Orgy's Gone Too Far. Most telling of all, rape was something for men to deal with (or dramatically fail to deal with). Such ambiguities were often closed to the women concerned. If they were 'lucky', then it was a one night stand and/or silenced with a door slammed in their face. Otherwise it was rape, a gaping wound, or a long take of their mutilated remains to get the second act in gear.

It is perhaps telling how 'iconic' some of these films - and their 'maverick' auteurs - now are. Long awaited 'uncut' versions generate hype (among boys of all ages) restoring the kind of misogyny that censors and county councils once thought beyond the pale. How far we've come in the name of 'liberation'! 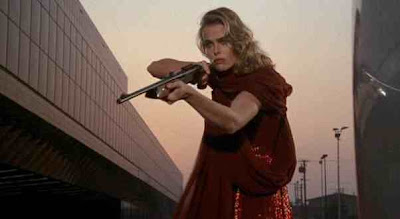 *You may find some of these names obscure. Of those that survived the increasingly juvenile casting demands of the 80s/90s, many continued in parts where they fight institutional misogyny (but win over the 'liberal' self-flattery of tinseltown). With the 'redemption' requirements of later Hollywood, they often came up trumps on a 'personal' level. A case in point being Jodie Foster, who went from being a twelve-year old prostitute (nearly all these actresses played prostitutes), to a court case/academy award winning gang rape victim, to her most successful role as a plucky FBI agent who melts the heart of a cannibalistic serial killer... to her current niche as maternal vigilante who's mad as hell and won't take it anymore.

**Of the surviving directors, many have the convenient niche of cynical hackery or basically remaking the same film over and over again, until that darn oscar shows up. They overcame misogyny by pushing female characters as far back as is narratively possible, and making maleness it's own melodrama.
Posted by David K Wayne at 20:23

Ms 45 is an interesting example of the rape revenge film (http://en.wikipedia.org/wiki/Ms._45), obviously exploitive, but also painting an image of the pervasiveness of misogyny, to the point that when the lead (zoe tamerlis) starts shooting all the guys at the end it doesn't seem an unjust act at all... also the director, Abel Ferrara, plays one of the rapists...

Director's pervert/mysoginyst/psycho cameos seem quite common. What about Scorsese's rant in Taxi Driver? Or further back, Michael Powell abusing his own kid in Peeping Tom?