Crisis and the Big Society Solution 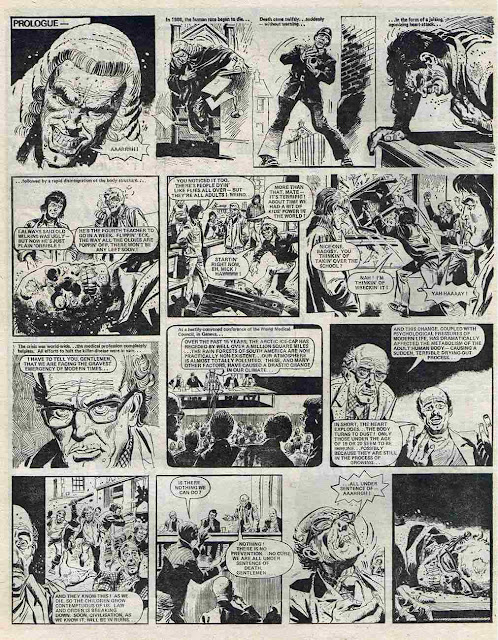 Action! was a British comic published from February 1976 to November 1977. It was very popular for its ultra-violent knock-offs of Jaws (Hookjaw - except here the shark always won), Rollerball (Death Game 2000), and the novels of Sven Hassell (Hellman of the Hammer Force, caught between Soviet troops and the meddling Gestapo). But the shit really hit the fan with the serial Kids Rule OK (above).

The London Evening Standard and The Sun ran major articles on the comic. Over the next few months Action was the centre of a campaign led by Mary Whitehouse and her National Viewers and Listeners Association to censor or ban the comic. In September 1976 (editorial director) John Sanders appeared on the television programme Nationwide, where he tried to defend the comic from a vigorous attack by interviewer Frank Bough. Pressure within IPC's higher management, and alleged worries that the two major newsagent chains, W.H. Smith and John Menzies, would refuse to stock not just Action, but all of IPC's line, led to the 23 October issue being pulped. (Wikipedia)

By the time Action! was off the shelves, IPC moved the ultra-violence to past wars (Battle Action, continuing some Action! serials), or the far future (2000 AD - still going, and as brutal as ever). Below is the accelerated conclusion to Kids Rule OK, after weeks of carnivalesque "aggro", gang war, knife fights, petrol bombings, arson, riots, police brutality and absolute social decay (and where in hell were the girls?). It was never published. 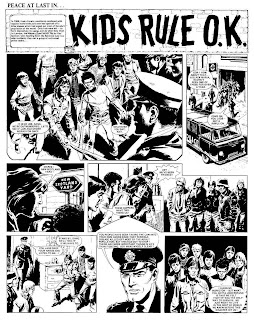 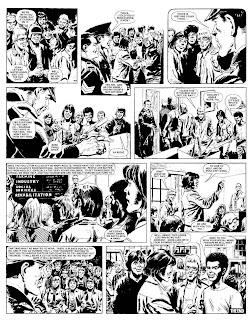