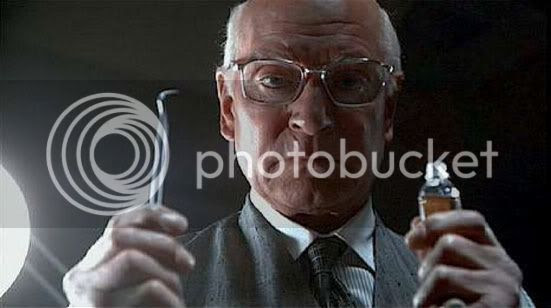 The cinema of the 1970’s conjured up a great many revenant ghouls, but few more memorable than the aging Nazis who returned from the South American jungle armed with scalpels, dentist’s drills, and improbable schemes to implement the Fourth Reich.

The fate of the Nazi diaspora that "slipped" through Allied hands at the end of the Second World War had long been the subject of myth and speculation, from Neo-Nazi mythologists to pot-boiling thriller writers. Behind the more fantastical stories of secret Arctic bases, contacts with UFO’s, and the continued survival of Hitler himself, lay the basic truth that a great many Nazis and former-Nazis had, where possible, inveigled their way back into everyday German life, and where not possible had smuggled themselves to Argentina, Paraguay and Uruguay.

The first worldwide indication of the scale of the migration came in 1960, when MOSSAD agents kidnapped Adolf Eichmann, the director of the transportation of Jews to the concentration camps, in Buenos Aires, and returned him to Israel for trial. It was claimed that the same Israeli team had had the opportunity to also seize the notorious Joseph Mengele, but declined to do so for lack of resources.

Nevertheless, for all the hand-wringing over Nazi war crimes, few international governments were really inclined to bring Nazi fugitives to justice. The main Allied powers had elicited the aid of Nazi scientists in their weapons and space programmes, and were sensitive to charges of hypocrisy in pursuing what were often more minor figures in the National Socialist regime. Similarly, the West German government’s BND security service employed thousands of ex-Nazis, as reputedly did the East German Stasi. The fledgling West German state was also prepared to turn a blind eye to the Nazis who had quietly brought their technical and administrative expertise into the re-born industrial conglomerates. Likewise, the Nazis’ South American hosts were uninterested in exposing what had become discrete and productive citizens, whose political philosophy was far from incompatible with that of their hosts. By the 1970’s even Israel, the nation most motivated to track down the criminals, had far more pressing tasks to allocate to its security services.

The return of the original Nazis as a socio-political force to be reckoned with was therefore a purely cinematic phenomenon, but that shouldn’t lead us to underestimate the enormous impact that films such as "The Odessa File", "Marathon Man", and "The Boys From Brazil" had on the public imagination. The Nazis, because of their real existence, had always been the creepiest of villains, but their exile to the past ultimately rendered them harmless to contemporary audiences. The idea that they could still return amongst us, their cruelty becoming even more twisted with age, was both thrilling and shocking. And because everyone knew that the Nazis were capable of anything, their diaphanous schemes to genetically replicate Hitler, or subject Israel to biological warfare, may have stretched credulity to breaking point, but never actually shattered it. 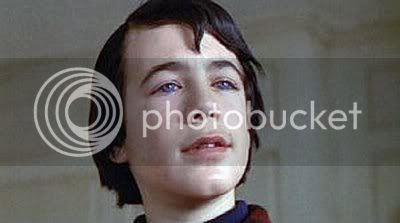 In reality though, if these films were guilty of anything, it was of grossly over-rating the Nazis themselves. "The Boys From Brazil" portrayed Mengele as a genetic engineering genius, whereas the "experiments" he conducted in real life were little more than aimlessly sadistic exercises in morbid curiosity. Similarly, the purported ODESSA organisation, far from being a sophisticated underground network dedicated to National Socialist renewal, was in actuality little more than a series of impromptu and disorganised rat runs.

And this helps to give another explanation as to why international governments where so disinclined to pursue the escaped Nazis - the fugitives themselves were no longer the men they had once been. Once the spell of Der Führer had been broken, these formerly aristocratic and ruthless arbiters of life and death, reverted, like princes who turn back into frogs at midnight, to the harmless minor industrialists, back-scratching businessmen, and clubbable bourgeois shopkeepers that Nature had probably always intended them to be.
Posted by Phil Knight at 12:11

also... what about those 70's Nazi Zombie movies

i say "those" but i can only think of Shock Waves actually...

I was going to mention "Shock Waves" which I saw at the cinema when I was a kid (I think it was only "A" rated). It was a strange hybrid of boring and terrifying. There's a new-ish Nazi Zombie film out called "Dead Snow" (http://www.youtube.com/watch?v=lEQwEmeWnyI&feature=fvw), which if nothing else helps to establish the genre.

"The Human Centipede" - I've just looked at the trailer. It's my theory that humans are innate imitators, and suspect it's only a matter of time before someone who watches this film will try to re-enact it. My bet is that they will turn out to live in either California, Belgium, or West Yorkshire.

There's also 'The Night Porter' of course, and my friend Julian Petley has an essay on Nazis in post-war Cinema/culture in this collection:
http://us.macmillan.com/horrorzone
where he discusses loads I'd forgotten/repressed...including 'The Keep', http://en.wikipedia.org/wiki/The_Keep_(film)(past the 1970s of course)and the 70s Nazi explotation cinema. It's weird you get the 'high brow' mode retro (Visconti's The Damned, Night Porter, Malle's Lacombe Lucien), the kind of mid-quality (although good films) you discuss, and then the 'low'/trash culture Nazis... Fascinating Fascism

Yeah, I think that the Nazis were kind of undead-on-arrival. I'm actually thinking more and more that there really wasn't anything substantial about them at all - there was simply a load of fetishes and silly cultural ideas floating about that needed one single very strange individual to link them all together.

I can't find Julian Petley at that link, btw, so it may have been re/moved.

he's an author in that collection with a chapter I don't think I've got a digital copy unfortunately but part of his argument is such 're-workings' have very little to do with actual Nazism, and are as you say more 'imaginary'/fetishes

The Great Rock'n'Roll Swindle? Punk claiming the nazis from metal?

I think there's something to be said about pop/rock's appropriation of Nazi memorablia in the '70's. Sweet used to appear on TOTP etc. in Nazi chic IIRC. Then there's Ron Asheton of The Stooges, Jimmy Page in The Yardbirds and Lemmy all sporting Iron Crosses.

It all kind of fits in with the style-over-substance element of Nazism proper I suppose.