And For Our Younger Viewers, The Class War 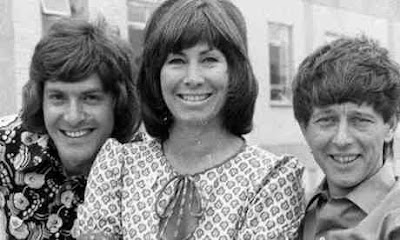 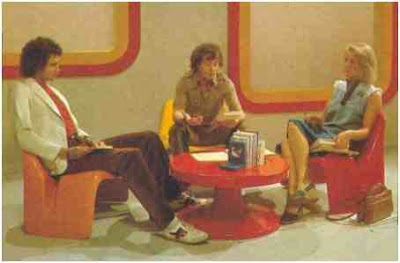 Starting in 1968 (!), Magpie was broadcast with the stated aim of being a "working class Blue Peter". Out went the cuddly militarism of the latter's theme tune for the bold electric riffs of the Spencer Davis Group. Good deeds didn't require elaborate gimmicks, good contacts and a well-stocked home. Magpie cut the bullshit and simply asked it's viewers to hand over their money. Beneficiaries of said appeals were not required to keep smiling, and their woes were hardly whitewashed (even the title hinted at childhood's most important lesson: Shit Happens). Regional accents, however broad, were welcome in the studio. Its presenters (resembling characters from Malcolm Bradbury's The History Man) were unafraid to venture outside suburbia, feeling more comfortable with a multicultural, dynamic society than well-groomed pets. Out went rictus grins and polite consensus, in came unscripted interviews and even some debate. To those for whom Valerie Singleton etc. were as alien as daleks, Magpie was a welcome alternative. Within a year of the 1979 election, it was off our screens. Blue Peter continues to this day, a little more multicultural and poptastic, but the smiles and certainties remain in place. Its minor scandals generate headlines, but its doubtful even in the 70s Magpie would be troubled by the revelation that its presenters had sex lives.
In Magpie's final years came the emergence of Tiswas, which made the former look a little too worthy for its own good. Where Magpie asked it's viewers to hang out with them after school and contemplate, Tiswas fully exploited its Saturday slot and the dormant energies of its audience. The new wave bands tentatively welcomed by Magpie were fully embraced by Tiswas, where the Bee Gees were just another joke and Ian Dury was up for having a laugh. Unashamedly regional (Birmingham) and collaged with whatever they could grab (guests ranged from Jasper Carrot to Muhammed Ali, ad lib sketches and fortean mysteries vied with 40s cartoons or clips from Blazing Saddles), it let the kids take over the studio space, where they could throw goo, water and pies at their own parents and presenters, and expect the same in return. By the time of Thatcher's 1983 victory, it too was gone; to be replaced by defeated, deflated imitations. It's influence eventually spread to Janet Street-Porter, The Word and their repositioning of 'youth' as an overgrown eight-year old with too much money to waste. 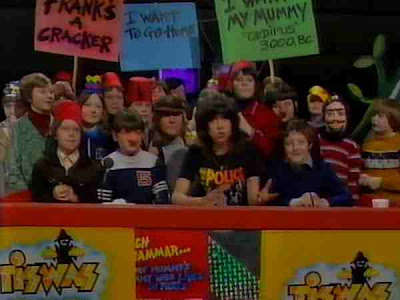 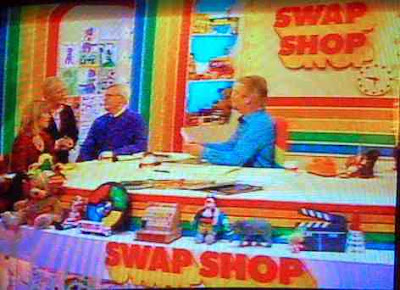 Ending around the same time as Tiswas was its 'upmarket' competitor Swap Shop, followed by the near-identical successor Saturday Superstore. It was only as 'multicoloured' as the garish products it fetishised. There was no room here for gurning bands, satire, hyperactive audiences or poor housekeeping. Once again, pets were a handy studio substitute for those noisy urban kids. Its main concern was the polite order of a virtual marketplace - where exchange and use maintained steady value (actual labour long banished to schools programming) under the shock-proof, often scolding, business sense of Noel Edmonds and his humourless, ambitious associates recruited from Radio 1. Woe betide participating audiences if they failed to accord pop stars, athletes, entrepreneurs, royals or the Iron Lady herself due respect, never mind bombard them with pies. Keith Chegwin appeared across shows to play the childlike northern buffoon, until his own personal recession made the good cheer go pop. He made a Cool Britannia comeback revealing his Full Monty on Channel 5, to predictable press outrage.
The items exchanged on Swap Shop rarely generated excitement in young viewers. It was rather the system of the shiny tidy Saturday Superswap Store that aimed to enthrall: Bizarre interludes of slow panning across the available tat, with market demands written below in perfect grammar. There were one or two amusing bursts of revolt, but the BBC's micro-managed communications rendered such acts as futile as swearing down the phone at call centre employees. It felt as though the childhood addressed by Magpie was already decades in the past. The BBC embraced the very marketplace that sought to destroy it, and if it meant delivering a pre-teen audience to Mrs. Thatcher, so be it. Everything now had a price, and everyone had to know their place. Children had new rules to learn, before they could grow up to drink a cup of vomit on The Word.