And I Mean It Sincerely, Folks!

Uncharacteristically interesting article from Alexis Petridis (despite his characteristically crass conclusion), if only for the dreadful ghosts it conjures up - the kind that lurk on the edges of popular consciousness, despite the best efforts of our custodians of pop culture. For all the talk of 'hauntological', this is what haunts those of us born before the 80s: something that was very much 'there', and present in every living room, until the manufacture of 'Cool Britannia' and its groovy vicar.

For many who would vote for Mrs. Thatcher (the harshest judge of 'talent' in her time), this was the 'normality' in need of emergency care by 1979. The world of 'decent people', unaffected but deeply troubled by the sexual ambiguities, racial assertions, permissiveness and hedonism of what Mojo-consensus pretends 'we' were all listening to in the 70s. Those who felt at home in the white, smiling, warm world of 'pure entertainment' and its ideology, where opportunity always knocks. The upbeat world of schlagermusik (standard entertainment on both sides of the Iron Curtain) kept it's chin up through the great unrest of the 70s and 80s; confirming final, globalised victory with the resistable rise of this ubermensch: 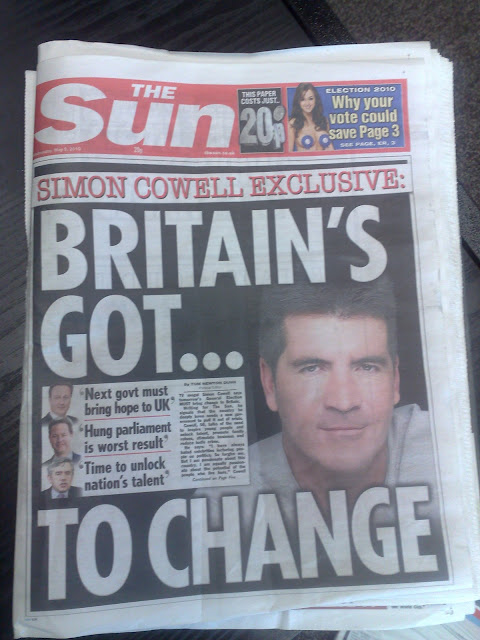 Stand up and be counted indeed.
Posted by David K Wayne at 21:12